The Golden Monkey is a Belgian-style Tripel that’s brewed by Victory Brewing Company. For the purposes of this craft beer review, the ale was served in a snifter from a 12 oz. bottle.

Packaging art for the Golden Monkey by Victory Brewing Company

Victory’s signature Tripel has been around for over twenty years and incorporates a Belgian yeast strain paired with imported malts and noble hops. So how was it? Let’s get to the review.

The Tripel pours a slightly hazy gold and is topped by a finger-thick head of white froth that bubbles down rapidly. Sediment is visible in the glass.

The aroma is strong with a scent of yeast, musty wheat, and booze.

Its palate begins with a taste of floral hops that’s followed by flavors of bready malt and a sugary sweetness. The tasting finishes hotly with booze and yeast.

Label art for the Golden Monkey by Victory Brewing Company

The feel has a medium-full body and moderate carbonation. The finish has a strong warming sensation from the alcohol.

The appearance of the Golden Monkey could be show better head retention and its feel could have more carbonation and be less hot with booze. The aroma and palate don’t have the complexity expected of the style. All that being said, the Golden Monkey has been around for a long time and is a nice Tripel for the uninitiated. However, once your palate becomes accustomed to the better Tripels from Belgium, this brew doesn’t quite compare.

Want to know more about how the Golden Monkey came to be? Check out the video below.

Have You Tried the Golden Monkey?

Tripel Karmeliet is a Belgian Tripel by Brouwerij Bosteels whose palate strikes a wonderful balance between fruity esters and spicy phenols. Read More 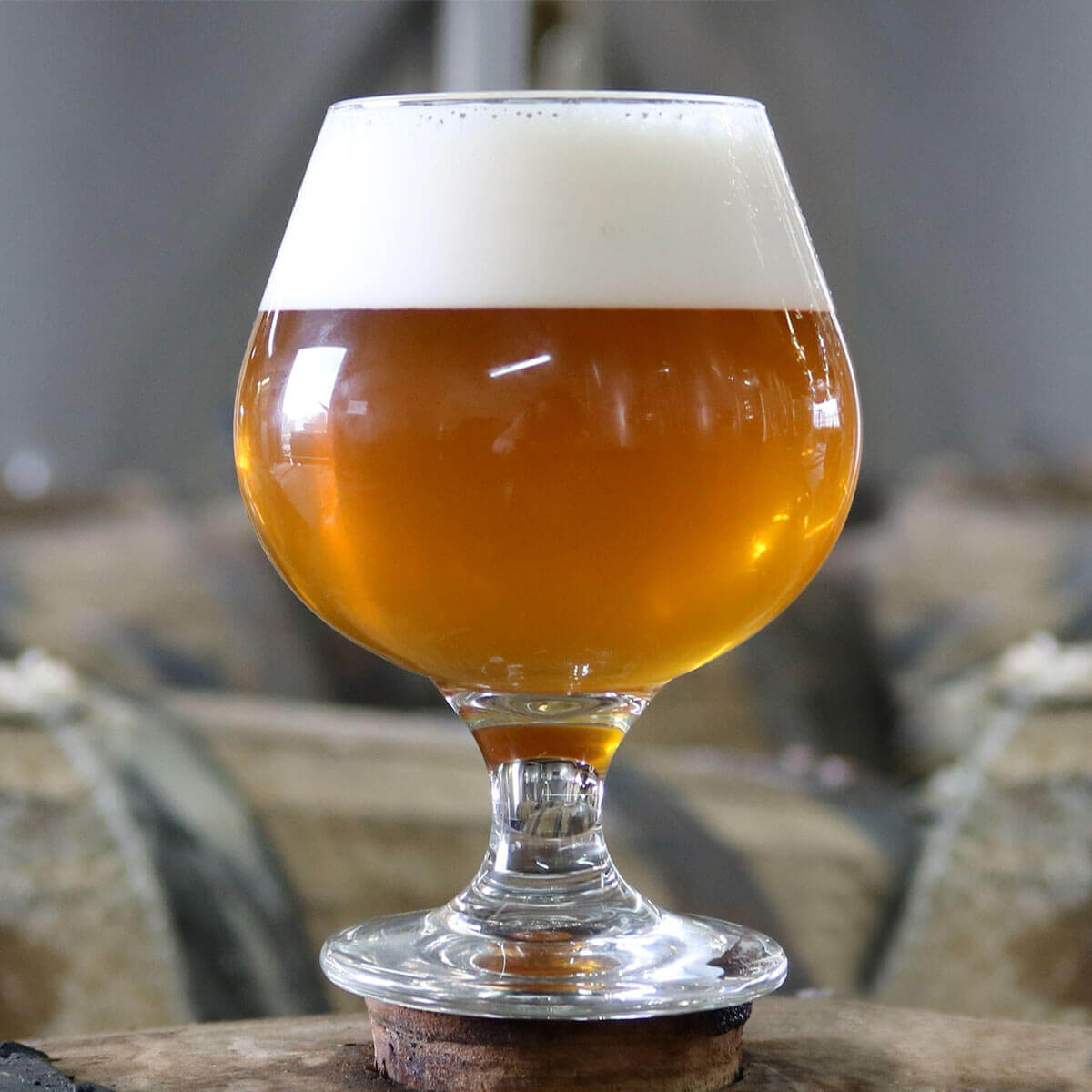 Headquartered in Downingtown, Pennsylvania, Victory Brewing Company is a craft brewery founded by Bill Covaleski and Ron Barchet. In 1996, Victory opened its doors to serve full-flavored, innovative beers putting curiosity and inspiration from their travels and the world around them into each delicious, high quality beer. Victory products are distributed to nine countries, over 30 states across the U.S., plus Washington, DC, and in Puerto Rico. Read More

Other craft beers from Victory Brewing Company that you may enjoy:

Sour Monkey, a Belgian-style Tripel by Victory Brewing Company features Brettanomyces that lend sour apple and lemon to a wheat base. Read More

Festbier is a German-style Märzen Lager by Victory Brewing Co. that’s smooth and creamy with a taste of sweet caramel and black tea. Read More