Outside the Cascade Brewing Barrel House in Portland, Oregon 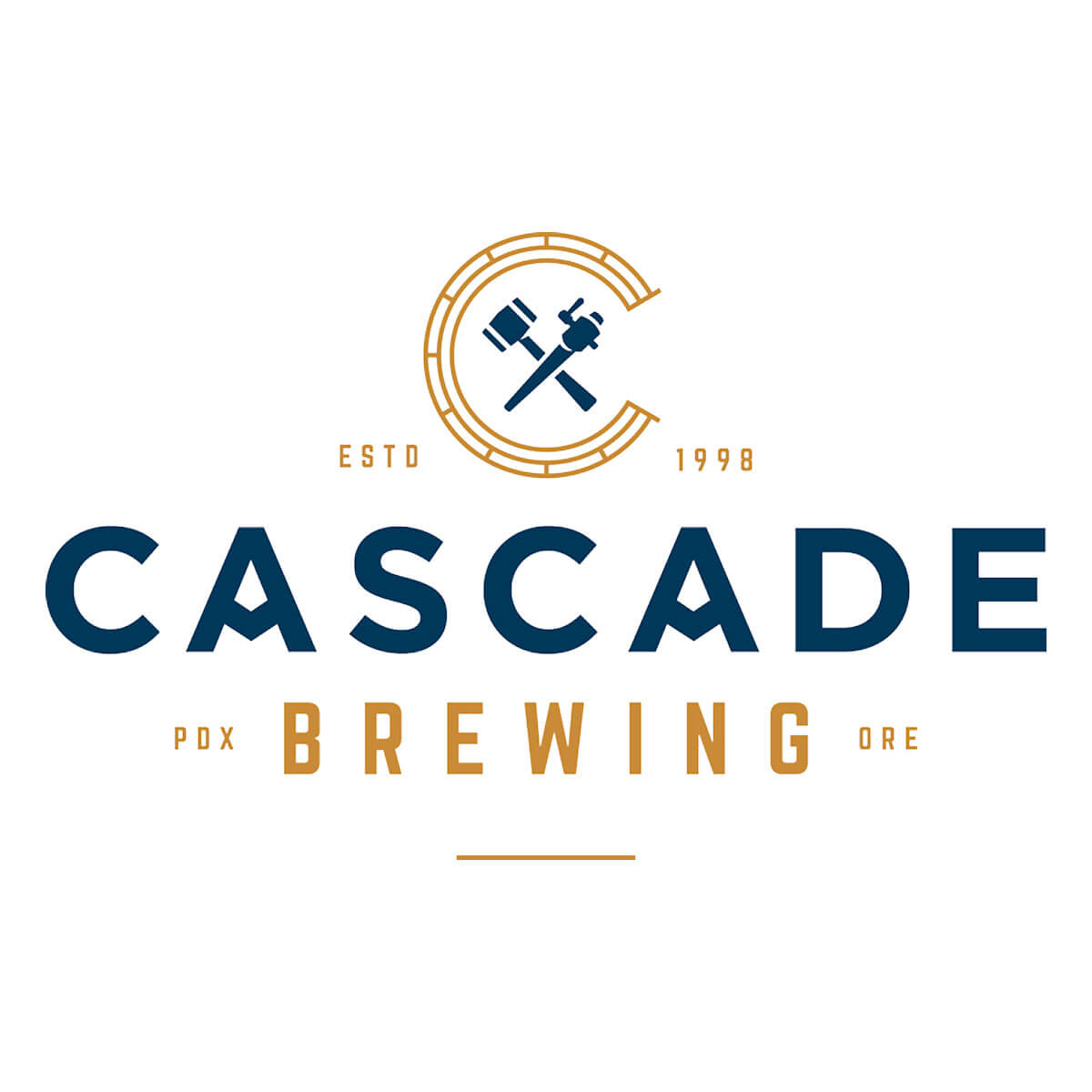 Cascade Brewing has been a pioneer in the sour beer renaissance since 2006 and is the proud innovator of the Northwest Sour Ale. Its distinctive sour beer blends feature fruit forward, barrel-aged ales with an emphasis on project year-to-year variation. These beers offer a complex array of flavors derived from the acid, the fruit and the residual flavors present in the barrels in which they age. The resulting beers offer a complex array of flavors and aromas derived from with each project year release capturing the unique subtleties of that year’s growing season.

Sour beers came about by default. The pair had followed the trends of traditional ales and were growing tired of what they referred to as the “hops arms race” of ever-hoppier beers, especially in the Northwest. Both wanted to focus instead on beers that offered an intense sensory experience other than hops. They considered what they could draw upon from the region: an abundant supply of wine barrels from the nearby wine country, and access to delicious and plentiful local fruit.

They chose to create sour ales (though they purposefully stayed away from trying to recreate Belgian style sour ales). Employing lactobacillus, an acid bacteria that produces moderate levels of acidity and sour flavors, they began their sour journey in 2005. By 2006, they were producing the base beer that would then be aged for up to a year in wine, port and whiskey oak barrels.

In 2008, the brewery developed three ultra-premium, oak barrel-aged, lactic-fermented Northwest sour ales: Kriek, Apricot and Cuvee du Jongleur. Each was hand-bottled in 750 ml champagne bottles with a cork and wire basket. That fall, Cascade entered all three into the Great American Beer Festival in the Wood- and Barrel-Aged Sour Beer category: a total of 22 beers were entered in the class, and Cascade Kriek took the Bronze.

In 2009, they brought in 4,500 lbs. of Bing and sour pie cherries straight from the orchards for making Kriek, Sang Royale and Sang Noir. They picked up 2,500 lbs. of apricots for their Apricot Ale, one ton of Cabernet Sauvignon grapes for a yet to be named beer (going through extensive aging) and 2,500 lbs. of white wine grapes for The Vine. That fall, they again traveled to the Great American Beer Festival, submitting three of their beers in the Wood- and Barrel-Aged Sour Beer category. Out of 45 entries, Cascade Brewing was awarded the Gold for Bourbonic Plague and the Silver for Vlad the Imp Aler. These wins propelled the obscure brewery into the forefront nationally for Northwest sour ales.

In September 2010, Cascade opened the Cascade Brewing Barrel House, the nation’s first “House of Sour,” at 939 SE Belmont Street in Portland. Located in a 7,000 square foot former produce warehouse, the Barrel House contained a 5,000 square foot production side with a loading dock, barrel room, cooler and workspace; as well as a 2,100 square foot tasting room with seating for 90 inside and another 80 out front.

In 2014, the production side of the Barrel House was bursting at the seams and needed to relocate. Cascade leased a 23,000-square-foot warehouse in Southwest Portland that headquarters all of its blending, aging, packaging and distribution. The Cascade Blending House currently holds more than 1,600 barrels filled with its sour beer, plus an additional nine foudres (giant wooden barrels that typically hold around 1,800 gallons of beer). All of its beers continue to be brewed at the original brewery at 7424 SW Beaverton-Hillsdale Hwy in Portland.

The Lodge at Cascade Brewing

The Lodge at Cascade Brewing is the site of our brewery, and our original location, which opened in 1998 as a family-friendly restaurant and brewpub located in the Raleigh Hills neighborhood of Southwest Portland. Designed to resemble a Northwest hunting lodge, the restaurant on the second floor boasts high ceilings of rough-hewn timber that complement a massive rustic stone fireplace. The ground floor houses the Den, a sports bar that features projection HD TVs, lottery games and pool; the Den also overlooks the 10-barrel Cascade Brewing brewing system. We also have a beautiful outdoor patio and garden for warm-weather dining. The Lodge offers delicious burgers, sandwiches, pizza and a great selection of appetizers and entrees.

The Cascade Brewing Barrel House is our Eastside tasting room. This 2,100 square foot facility offers seating for 90 inside, plus seating for another 80 under a tented patio out front. Known as the House of Sour, it features at least 20 sour beers on tap at any given time, with another two taps reserved for sour beers straight from the barrel. The remaining taps pour Cascade’s non-sour beers. Every other Tuesday at 6pm, a live barrel is tapped, giving the public the opportunity to taste sour beer straight from the wood. To complement the beers, the Cascade Brewing Barrel House features a limited menu of small plates, sandwiches, salads and desserts, all made with local Northwest ingredients.

Our Blending House is a 23,000 sq. ft. distribution center where all of our barrel aging, blending, packaging and shipping takes place. The bulk of the facility is a climate-controlled hall that houses nine oak foudres ranging from 50 to 65 hectoliters, as well as 1,300 oak barrels and puncheons. A second, non-conditioned hall is used for barrel and keg cleaning, as well as fruit processing and storage. The Blending House does not have a taproom, nor is it open to the public.

The brew house and production facility at Cascade Brewing first produced beer in the fall of 1998. This 10 bbl steam-fired brewery was designed by Brewmaster Ron Gansberg and manufactured by AAA Metal Fabrication of The Dalles, OR. The brew house combines the use of gravity wort flow and upward step infusion mashing in a melding of old world and new age brewing technique. This blend of artisanal and technical innovation produces high quality beers which set the standard for all our sour and non-sour beer programs. Total production of sour and non-sour beer to date stands at 3,200 bbls per year with the potential build out to 5,000 bbls annually. The brewery uses multiple strains of yeast through the course of a year in our 10, 20 and 30 bbl fermenters. Our brewing staff sets a high standard of excellence and repeatability in a culture of innovation, inspiration and artistic expression.

Thanks for joining the Sour Beer Revolution!

Inside the brewpub at The Lodge at Cascade Brewing in Portland, Oregon

The Lodge at Cascade Brewing

Outside on the patio at Cascade Brewing Barrel House in Portland, Oregon

Cascade Brewing in the News

Cascade Brewing announced the upcoming releases for the sour blond ales Nectarine Dream 2019 in 500 ml bottles and the Native Bramble 2019 on draft only. Read More

Cascade Brewing has announced the release of Mayan Bourbonic 2017 and will be available in 500 ml bottles and on draft starting Thursday, April 16th. Read More

After 14 years in business, Portland, Oregon-based Cascade Brewing will be sold to a group of local brewery and taproom owners, its founder announced. Read More

Cascade Brewing, a pioneer of the sour beer renaissance, has just released the oak barrel-aged Gose Roselle, its second sour beer in a can. Read More

Cascade Brewing has announced new management for The Lodge at Cascade Brewing, its restaurant and bar in Southwest Portland. Read More

Cascade Brewing, a pioneer of the sour beer renaissance, is releasing Tropical Grasslands, its first sour beer in a can with limited distribution. Read More