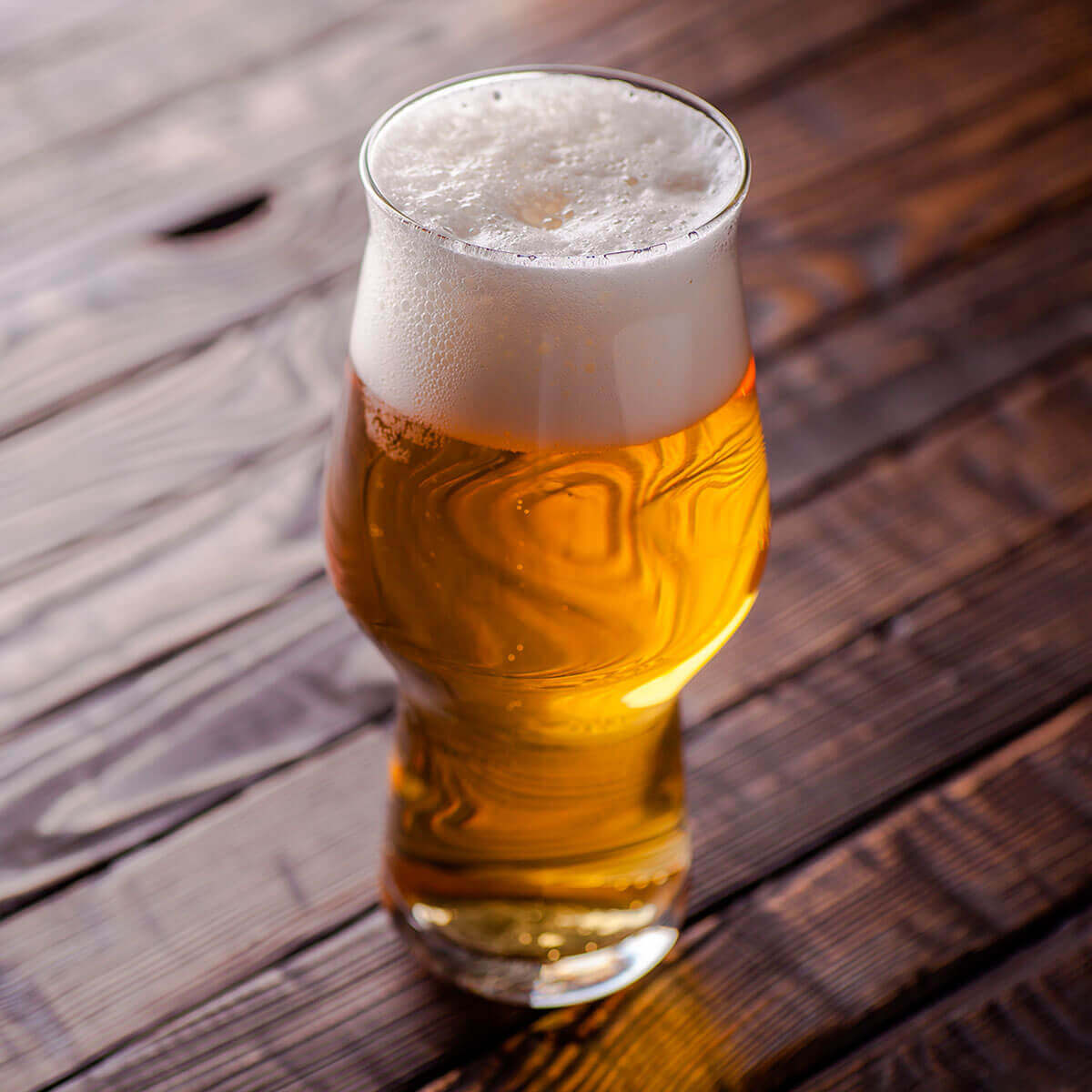 Overview for the Belgian IPA

The Belgian IPA is a hybrid of the IPA and Belgian Ales. Its history is brief, having originated at the start of the new millennium. American brewers typically substitute a Belgian yeast strain for the standard ale yeast while Belgian brewers increase the hops bill of their Tripel and Pale Ale recipes. Its color ranges from pale gold to amber and its clarity is fair to hazy. Depending on the hops used, its aroma and palate can vary widely with tropical, stone, citrus, floral, grassy, or spicy bite. Fruity esters are moderate to high and typically impart notes of banana, pear, and apple. Light phenols may also be present to add some spice. Its feel has a medium body with moderate to high carbonation. The Belgian IPA is usually stronger than the standard IPA and some warming may be present. Comparatively, what differentiates the Belgian IPA from the American IPA is its spiciness and fruitiness while being stronger and drier.

An IPA with the fruitiness and spiciness derived from the use of Belgian yeast. The examples from Belgium tend to be lighter in color and more attenuated, similar to a tripel that has been brewed with more hops. This beer has a more complex flavor profile and may be higher in alcohol than a typical IPA.

Light golden to amber in color. Off-white head is moderate to large in size and has good retention. Clarity is fair to quite hazy in dry hopped examples.

Moderate to high hop aroma, often tropical, stone fruit, citrus or pine-like typical of American or New World hop varieties. Floral and spicy aromas are also found indicating European hops. Grassy aroma due to dry hopping may be present. Gentle, grainy-sweet malt aroma, with little to no caramel. Fruity esters are moderate to high and may include aromas of bananas, pears and apples. Light clove-like phenols may be noticeable. Belgian candi sugar-like aromas are sometimes present.

Initial flavor is moderately spicy and estery associated with Belgian yeast strains. Clove-like and peppery flavors are common. Banana, pear and apple flavors are also typical. Hop flavors are moderate to high in intensity and may reflect tropical, stone fruit, melon, citrusy, or piney American/New World varieties or floral and spicy Saazer-type hop flavors. Malt flavor is light and grainy-sweet, sometimes with low toasted or caramel malt flavor but not required. Bitterness is high and may be accentuated by spicy yeast-derived flavors. The finish is dry to medium-dry although some examples have a slight sweetness mixed with the lingering bitterness.