Saison Du BUFF is a Belgian-style Saison brewed in collaboration with Dogfish Head Craft Brewery, Stone Brewing, and Victory Brewing Company. For the purposes of this craft beer review, the ale was served in a tulip glass from a bottle.

The ale pours a somewhat cloudy straw and is topped by a thick cap of white foam. The rocky head persists briefly and leaves gobs of sticky lace on the sides.

A yeasty aroma takes on a sweet scent of honey as the beer warms. Further warming brings out a herbal and vegetal scent.

A herbal blend of parsley, sage, rosemary, and thyme permeates the palate but doesn’t overwhelm. Its tasting begins with a mild herb and pale malt that ramps towards a bite that’s herbal, citrusy, and peppery. A touch of pear sweetens the finish. Soft white bread and a taste of yeasty funk tie the palate together.

The feel is crisp and smooth with a light body and moderate carbonation that provides a prickly feel on the tongue. Finishes dryly and a touch astringent.

Perhaps it could use a little more carbonation but otherwise, Saison Du BUFF is thoroughly enjoyable. Sure, its palate is different but its use of herbs is complementary.

Brewers United for Freedom of Flavor

This beer is a collaboration between Dogfish Head, Stone Brewing, and Victory Brewing. The idea came about in 2003 when the three owners of the aforementioned breweries formed the BUFF alliance (Brewers United for Freedom of Flavor). Its goal was to highlight the passion, spirit, and camaraderie of American craft brewing.

However, it wasn’t until 2010 that the three brewers finally got together to craft their first collaboration at Stone Brewing. The Saison Du BUFF was initially brewed at Stone and then duplicated at the other two breweries. All three used the same recipe and the same ingredients.

This craft beer review was posted on February 8, 2018 by David Keith.

Have You Tried the Saison Du BUFF?

Above The Clouds is a Belgian-style Saison by 3 Stars Brewing Company that blends citrus and pepper with sourdough bread and fruity esters. Read More 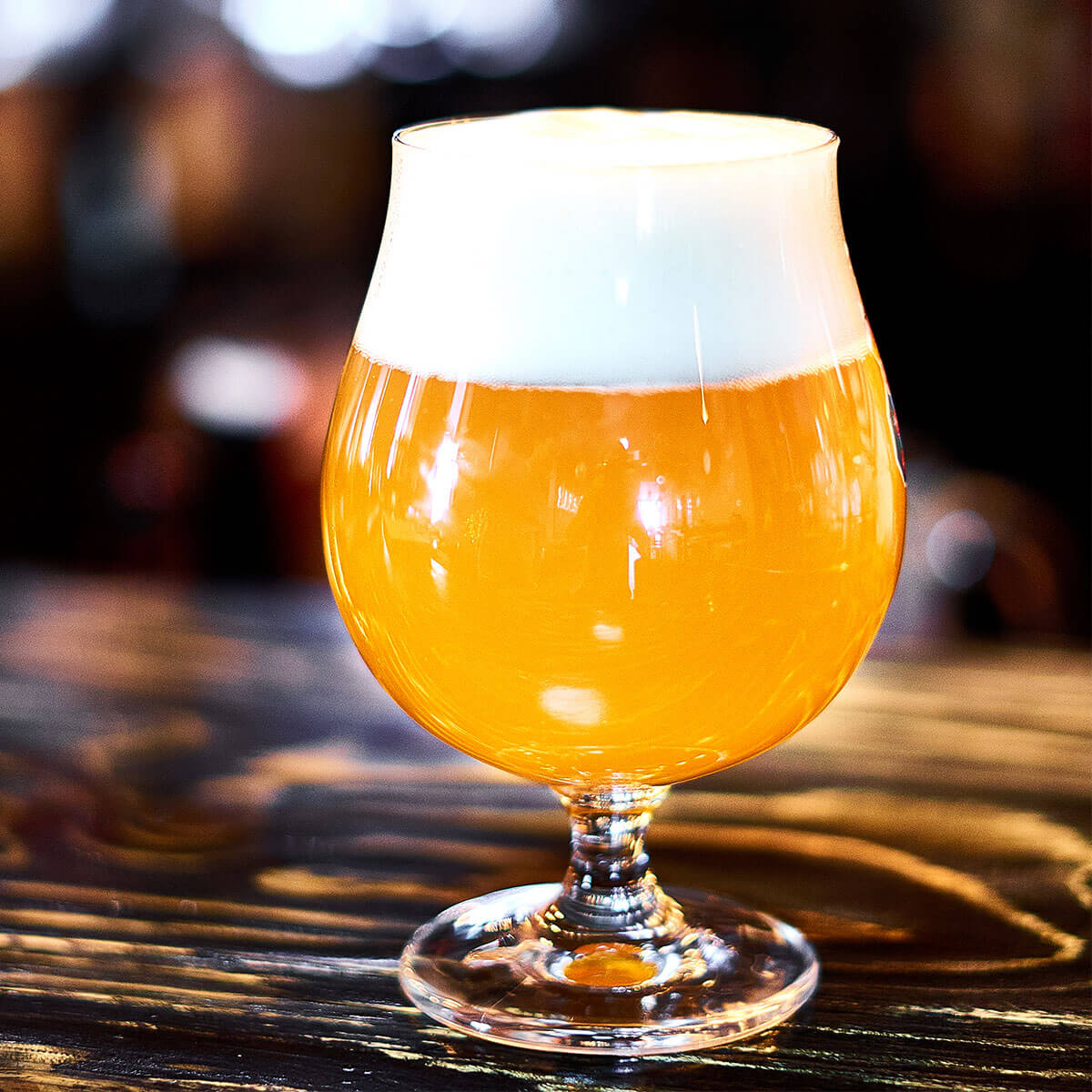 Also known as a Farmhouse Ale, the Belgian Saison originated as a rustic ale provided for farmhands in French-speaking Wallonia. The modern Saison by Dupont was produced in the 1920s. Its mouthfeel is dry and ranges from light to medium with high carbonation. Typically golden in color, the style can also appear amber or brown. Its palate is either bittered or soured with citrus fruit flavors, earthy or spicy hops, and possibly spiced. Darker versions may be a little sweeter. Regardless of the variation, the Saison yeast character is an absolute must. Read More