The Chimay Première Red Ale is a Belgian Dubbel brewed by Bières de Chimay, and for the purposes of this craft beer review, the ale was served in a tulip glass from a 75 cl bottle.

The Première is the oldest of the Chimay beers (more on that below) and it became famous for being darker in color, its creamy foam, and being nutritious. This Dubbel features lower alcohol than most of their other styles and this allows Chimay’s special yeast strain to showcase a variety of fruit flavors. So how was it? Let’s get to the review.

The Dubbel pours a cloudy ruddy amber hue and is topped by an inch-thick cap of puffy cream-colored foam that shows modest retention. The head’s reduction leaves a ring of foam around the glass. Tiny bubbles continuously gather beneath the collar.

On the one hand, the aroma is spicy with a scent of clove and pepper. But on the other there’s also sugary vanilla and fruity apricot. The result is complex and enticing.

The palate is led by a fairly neutral taste of brown bread that’s been lightly toasted. A mildly floral hopping crests at the top and mixed with spicy pepper and clove. Underneath is sweet dark fruit and the tasting rounds out with a touch of chocolate, and even caramel.

Its feel is silky smooth and its sweetness lightly coats the back of the mouth. Its body is a shade over medium and it has moderately-high carbonation. The hops and spices make the beer mildly astringent while the alcohol lends a light and pleasing warmth. Its finish is somewhat dry.

The First Trappist Beer to be Sold

The Chimay Première was the first ale to be sold by the Trappist monks in 1862, hence its name. The monks did not want sell a beer that would compete directly with the lighter style beers in the region and harm the local economy for which they worked to reinvigorate. These local beers were known as “household beer.” So, the first brand they brought to market was the Chimay Red in 750 ml bottles.

The head’s reduction is short-lived for a Belgian Dubbel but is otherwise fine. The aroma is a fantastic blend of sweet and spicy but doesn’t persist for very long after the pour. The palate is delightful with its complex blend of bready malt, floral hops, spices, and fruity sweetness.

Overall, the Chimay Première is harmony in a glass. The aroma, palate, and mouthfeel come together all so well. This beer is truly a timeless classic and it’s no wonder that for over 150 years, the Red Ale has been the flagship beer from the Trappist monks of Abbaye Notre Dame de Scourmont in Chimay.

Advertisements
This craft beer review was posted on August 16, 2019 by David Keith.

Have You Tried the Chimay Première (Red / Rouge) Ale? 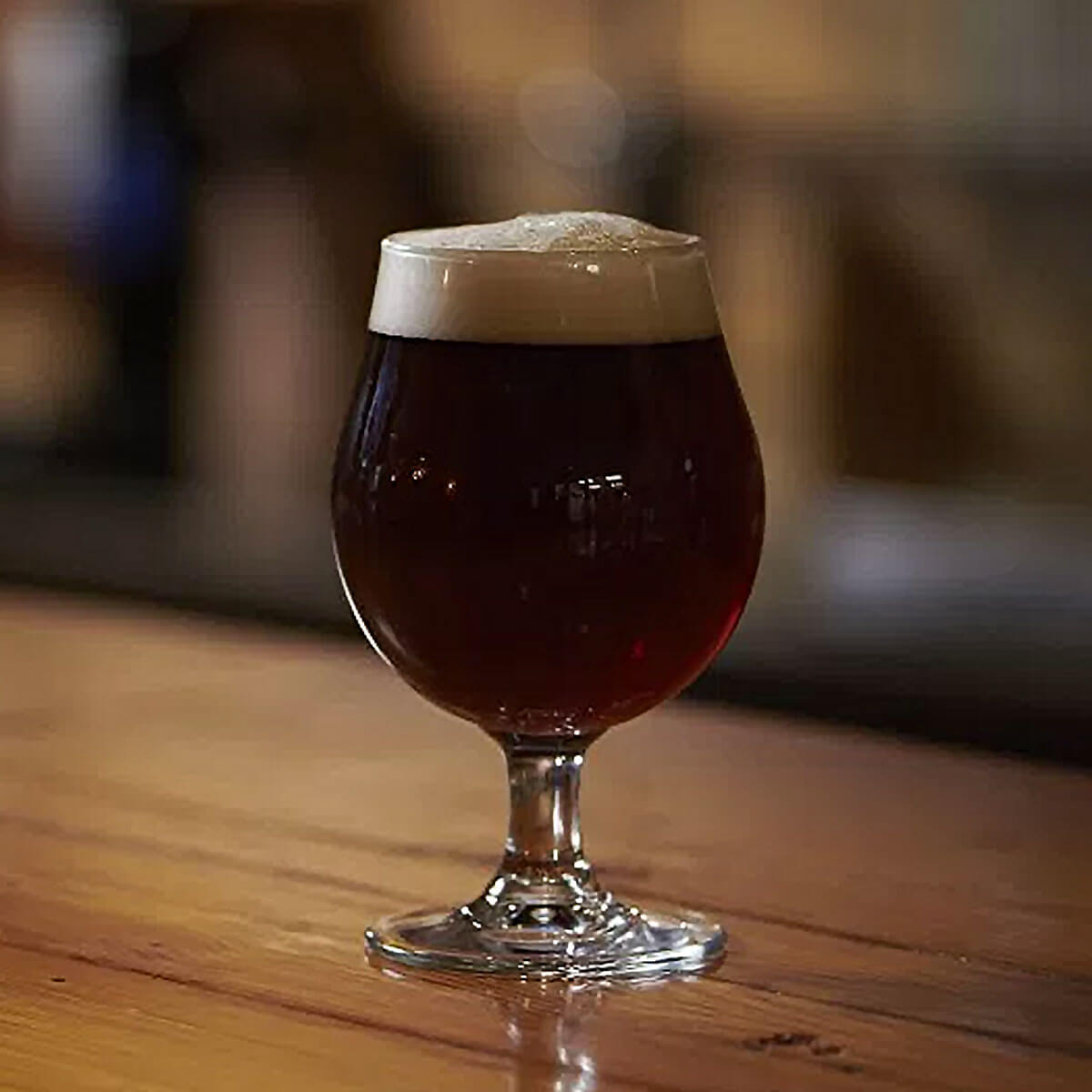 Other craft beers from Bières de Chimay that you may enjoy:

Triceratops Brewing Company teamed up with ONE Manufacturing to craft ONE Pilsner to be enjoyed after hours on the trail, on the water, or on the slopes. Read More