Blithering Idiot is an English-style Barleywine that’s brewed by Weyerbacher Brewing Co. For the purposes of this craft beer review, the ale was aged for six months and served in a snifter from a 12 oz. bottle.

Packaging art for the Blithering Idiot by Weyerbacher Brewing Co.

The Barleywine pours a clear dark amber that glows a bright ruby when held to the light. It’s topped by a finger-thick cap of frothy cream-colored foam that vanishes almost immediately. The head’s reduction doesn’t leave behind any lace or residue.

The aroma is somewhat vinous mixed with a scent of black cherry.

The palate is led by a taste of bready malt that’s lightly bittered with earthy hops, peppery spice, and then a blast of booze. The tasting finishes with sweet flavors of marmalade, fig, cherry, cola, brown sugar, and toffee.

Its feel is smooth, chewy, and coats the mouth with its full body and less-than-moderate carbonation. The Barleywine finishes dryly and its high alcohol imparts a moderate warming sensation.

Label art for the Blithering Idiot by Weyerbacher Brewing Co.

The Funny Story Behind the Name

Founder Dan Weirback and his first sales rep visited a brew pub for an event where the two enjoyed a few beers together. Maybe it was more than a few. Regardless, the next day, the sales rep bluntly told Weirback “You were a real Blithering Idiot last night.” And immediately he knew that would be the perfect name for their soon-to-be-released, perfectly balanced Barleywine. Only six months later, Blithering Idiot had become so popular that the demand was triple what they had originally brewed.

The appearance of the Blithering Idiot shows nice clarity and its poor head retention is common with the style. Although the brew’s aroma isn’t persistent, it is pleasant. This particular bottle was aged six months and while the booze isn’t harsh, it’s still noticeable. Regardless, the feel is right in line with expectations and supports its robust palate nicely. And speaking of palate, this one is delightful. It’s complex and sweet with just enough balance to keep it honest. Blithering Idiot is quite easy to tilt back and if you’re not careful, you’re likely to become one.

This craft beer review was posted on June 2, 2018 by David Keith.

Have You Tried the Blithering Idiot?

Another English Barleywine craft beer that might interest you:

Hand Of The Queen is an English-style Barleywine by Brewery Ommegang that’s complex, decadent, and boozy with contrasting malt, fruit, and hops flavors. Read More 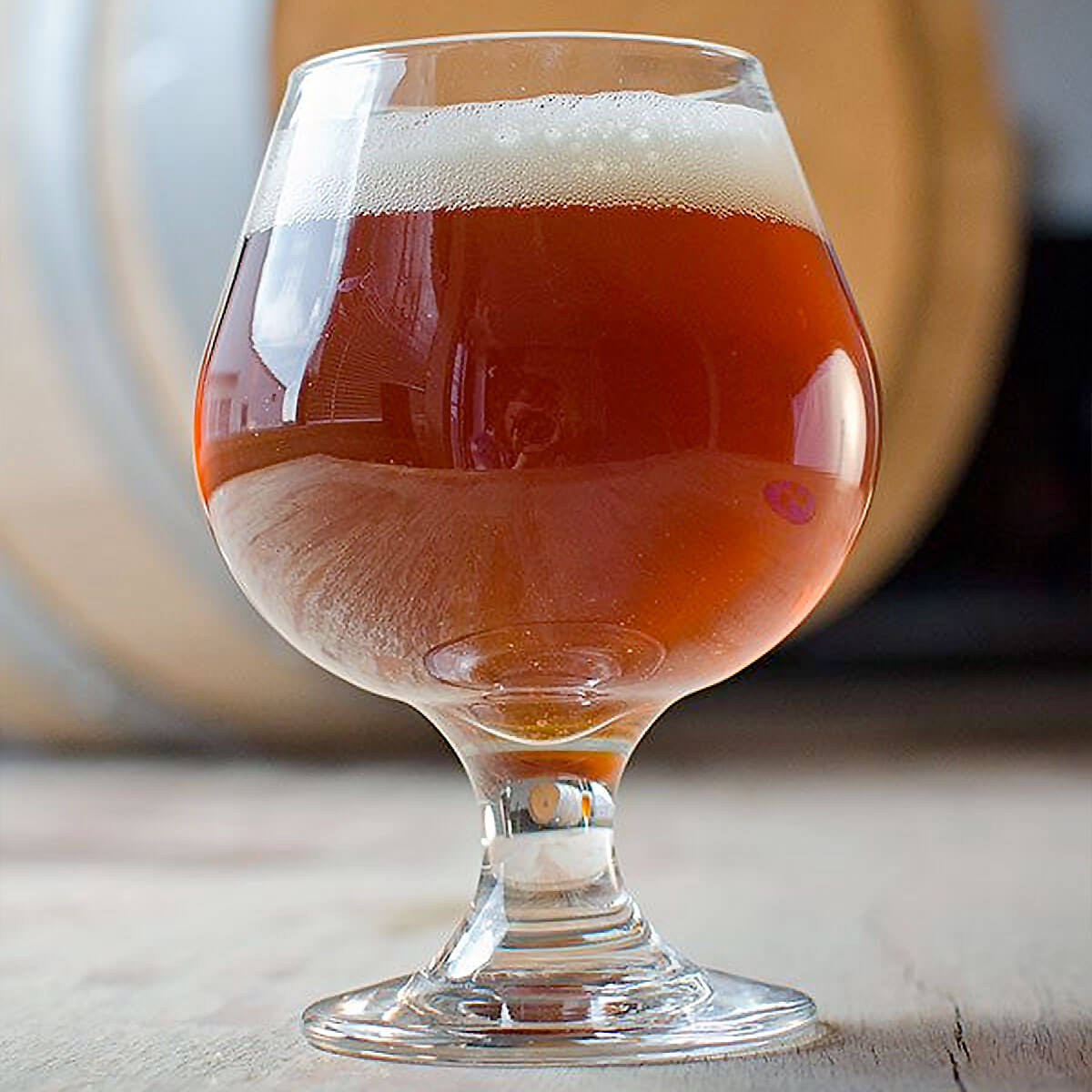 About the English Barleywine

The English Barleywine is a showcase of malty richness and complex, intense flavors. It has warm with alcohol and has a pleasant fruity or hoppy interest. Read More

Weyerbacher Brewing Co. was founded in 1995 in a livery stable located in downtown Easton, Pennsylvania. Since the beginning, we have established a reputation for making big, full-flavored, high quality brews. Experimenting with different ingredients and brewing techniques, our brewers continue to stretch their creative minds and develop interesting and mind blowing beers that will satisfy your taste for the extraordinary. Read More

Other craft beers from Weyerbacher Brewing Co. that you may enjoy:

Merry Monks is a Belgian-style Tripel by Weyerbacher Brewing Co. that blends fruity pear and banana with clove, pepper, and booze. Read More

Imperial Pumpkin Ale by Weyerbacher Brewing Co. dominates the nose and palate with an autumnal medley of spices, hops, and booze. Read More