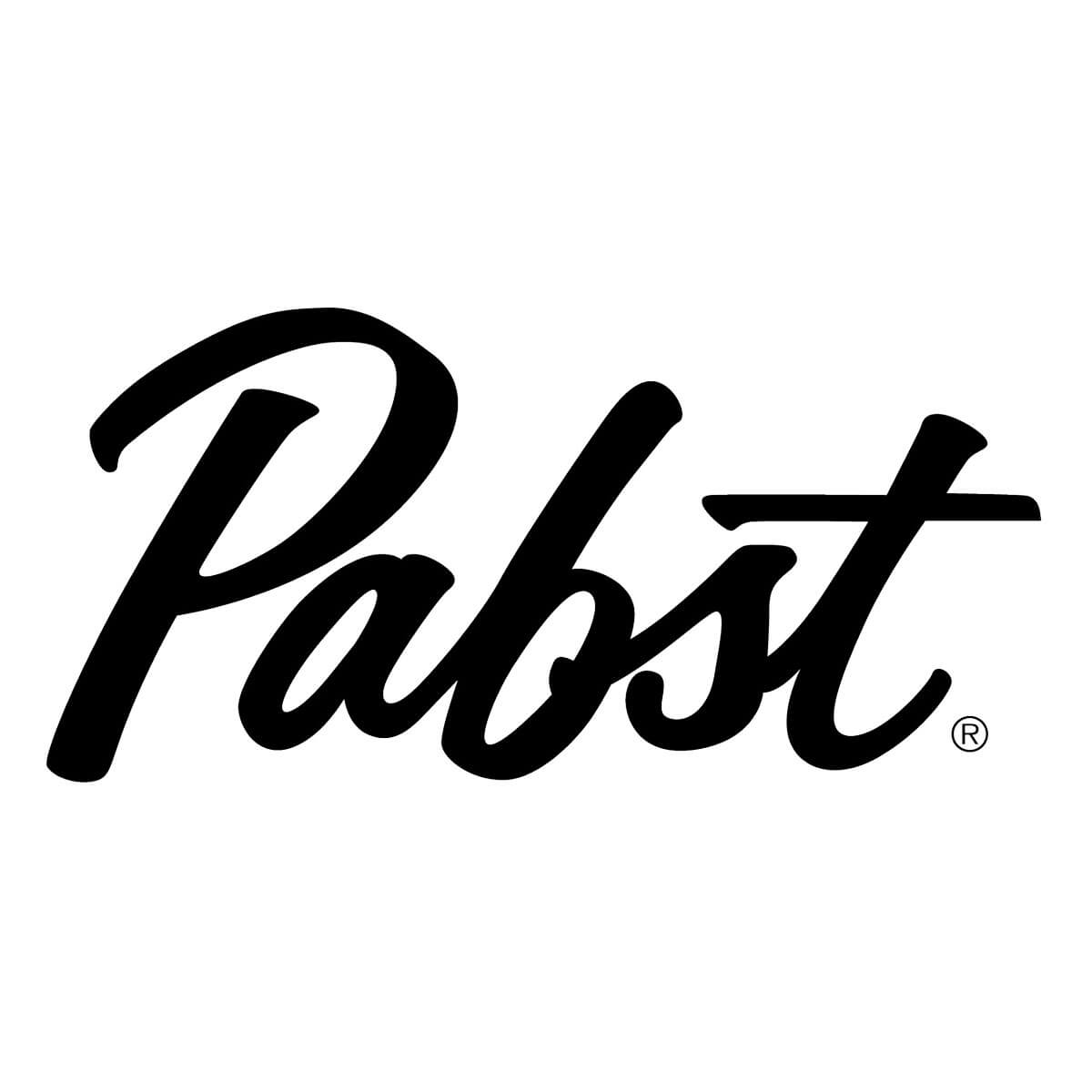 Pabst is headquartered in Los Angeles, California. On November 13, 2014, Pabst announced that it had completed its sale to Blue Ribbon Intermediate Holdings, LLC. Blue Ribbon is a partnership between Russian-American beer entrepreneur Eugene Kashper and TSG Consumer Partners, a San Francisco–based private equity firm. Prior reports suggested the price agreed upon was around $700 million.

In 2017, the company opened the Pabst Milwaukee Brewery, a brewpub located in an old chapel on the original Milwaukee Pabst Brewery campus, that brews relatively small batches of craft-type beers and long-discontinued, historic Pabst brands (such as Old Tankard and Andeker).

The original brewery was founded in 1844 as The Empire Brewery, later Best and Company, by brewer Jacob Best. The brewery was run by Jacob Sr. and his sons Phillip, Charles, Jacob Jr., and Lorenz. Phillip took control of the company in 1860. They started the brewery on Chestnut Street Hill in Milwaukee with a capacity of 18 barrels (2.9 m3). Later, in 1863, Frederick Pabst, a steamship captain and son-in-law of Phillip Best, bought 50% of Phillip Best, and assumed the role of vice president. In 1866, Best’s other daughter, Lisette, married Emil Schandein, to whom Best sold the remaining half of the business. This move made Frederick Pabst president, and Emil Schandein vice-president. Lisette Schandein took over as vice-president of the company through 1894 after her husband’s death.

Two factors helped position the company for significant growth; the untimely death of Milwaukee brewing competitor C.T. Melms in 1869 due to an infection from a needle, and the Great Chicago Fire of 1871. Melms’ brewery was sold to Best and Company after Melms’ death, which greatly expanded capacity for the company. Then, with the fire in Chicago a couple years later wiping out the Chicago brewing industry, the company was in position to grow with less competition to worry about. By 1874 Phillip Best Brewing Co. was the nation’s largest brewer. The brewery’s best seller was a lager, Best Select, which began public sales in 1875. By 1893, Pabst became the first brewer in the United States to sell more than a million barrels of beer in a year.

During much of the 20th century, Pabst was run by Harris Perlstein, who was named president by Frederick Pabst in 1932 after a merger of Pabst Brewing and Premier Malt Products Co. (the latter of which Perlstein had been president). Perlstein emphasized research and innovation; under his direction, Pabst worked with American Can Company to produce the first beer cans, worked to create product consistency among multiple location breweries, and invested heavily in advertising and promotion. In 1954, Perlstein was named Chairman, and served until 1972; he then served as Chairman of the Executive Committee until his retirement in 1979. Pabst’s sales reached a peak of 15.6 million barrels (2.48 billion liters) in 1978 before they entered into a steep decline.

During Prohibition, Pabst stopped making beer and switched to cheese production, selling more than 8 million pounds (3.6 million kilograms) of Pabst-ett Cheese. When Prohibition ended, the company went back to selling beer, and the cheese line was sold to Kraft.

Pabst was renowned in Milwaukee for its brewery tours. Visitors to Pabst’s tour were rewarded with sometimes bottomless glasses of beer at its end-of-tour Sternewirt Pub. Complete with a statue of Captain Frederick Pabst and waitresses pouring from pitchers of Pabst Blue Ribbon, Pabst Bock, and Andeker, the pub was popular with tourists and locals alike, especially students from nearby Marquette University and the University of Wisconsin–Milwaukee.

Paul Kalmanovitz, a self-made beer and real-estate baron, purchased the Pabst Brewing company in 1985 for $63 million in a hostile takeover through the auspices of his holding company S&P Co.; S&P Co.’s first brewery was Maier Brewing Company, purchased in 1958. When Kalmanovitz died in 1987, S&P became legally inseparable from the Kalmanovitz Charitable Trust.

In 1996, Pabst’s entire beer production was contracted out to the Stroh Brewery Company, which utilized excess capacity at the former flagship brewery of the G. Heileman Brewing Company of La Crosse, Wisconsin it had absorbed earlier that year. In turn, the historic Pabst brewery in Milwaukee was closed, ending a 152-year association with the city and turning that company into a virtual brewer. In 1999, Pabst purchased the Stroh label, and the brewery in La Crosse was sold to City Brewing Company. In 2001, production was contracted to Miller Brewing Company, and by then what remained of the Pabst company operated out of San Antonio.

S&P was ordered by the IRS to sell the Pabst Brewing Company by 2005 or lose its not-for-profit, tax-free status. After a while, Pabst Brewing claimed that they were unable to find a buyer at market value and requested an extension until 2010 that the IRS granted.

In 2006, CEO Brian Kovalchuk resigned and the board replaced him with Kevin Kotecki. Kotecki swiftly moved the Pabst Brewing Company and its roughly 100 headquarters personnel to Woodridge, Illinois, a Chicago suburb. The offices in Woodridge were located on historic US Route 66.

On May 28, 2008 a former Pabst Brewery in Newark, New Jersey, which was in the process of being demolished, caught fire and was seriously damaged.

On May 26, 2010, investor C. Dean Metropoulos reached a deal to purchase Pabst for about $250 million. On May 14, 2011, it was announced that Pabst would be relocating to Los Angeles, California.

Pabst retains a data center in San Antonio, Texas, the previous location of its headquarters. Pabst’s shuttered brewery complex in Milwaukee was targeted to be redeveloped into restaurants, entertainment venues, stores, housing and offices. The $317 million project became the subject of public debate in Milwaukee.

Pabst Brewing Company announced November 13, 2014 that it had completed its sale to Blue Ribbon Intermediate Holdings, LLC. Blue Ribbon is a partnership between American beer entrepreneur Eugene Kashper and TSG Consumer Partners, a San Francisco–based private equity firm. Prior reports suggested the price agreed upon was around $700 million. Redevelopment of the historic Pabst campus continued, with the original brewhouse converted into a hotel, other buildings converted into condominiums and offices, and others still to be redeveloped.

In July 2015, Pabst announced plans to return to Milwaukee and refurbish a former church and training center on the site of the original Pabst Brewing complex as a micro-brewery and tap room. This project was completed in Spring, 2017, with the tap room featuring both newly developed and historic beers in the Pabst portfolio.

In November 2018, a lawsuit by Pabst against MillerCoors reached trial stage. Pabst argued that MillerCoors wanted to put it out of business by ending a longstanding contract through which MillerCoors brews Pabst’s beers. Pabst said that MillerCoors is its only option for the 4 million to 4.5 million barrels brewed annually for the company, since Anheuser-Busch, which has the biggest U.S. market share, does not do contract brewing. The lawsuit was settled out of court, and the contract between the two companies was renewed.

Pabst Outside the United States

In 1999, Sleeman Breweries in Guelph, Ontario, a division of Sapporo Breweries, acquired Stroh Canada which owned the Canadian rights to a folio of brands, including Pabst. Sleeman then became the Canadian manufacturer and distributor of those products.

Pabst Brewing Company in the News

Pabst Brewing Company has lauched Captain Pabst, a craft beer brand outside of the PBR family, and the launch of its flagship offering, Seabird IPA. Read More

Pabst Brewing Company has announced another round of layoffs as it and other breweries face several marketplace challenges. Read More