Outside the entrance to the Three Floyds Brewing Co. brewpub in Munster, Indiana 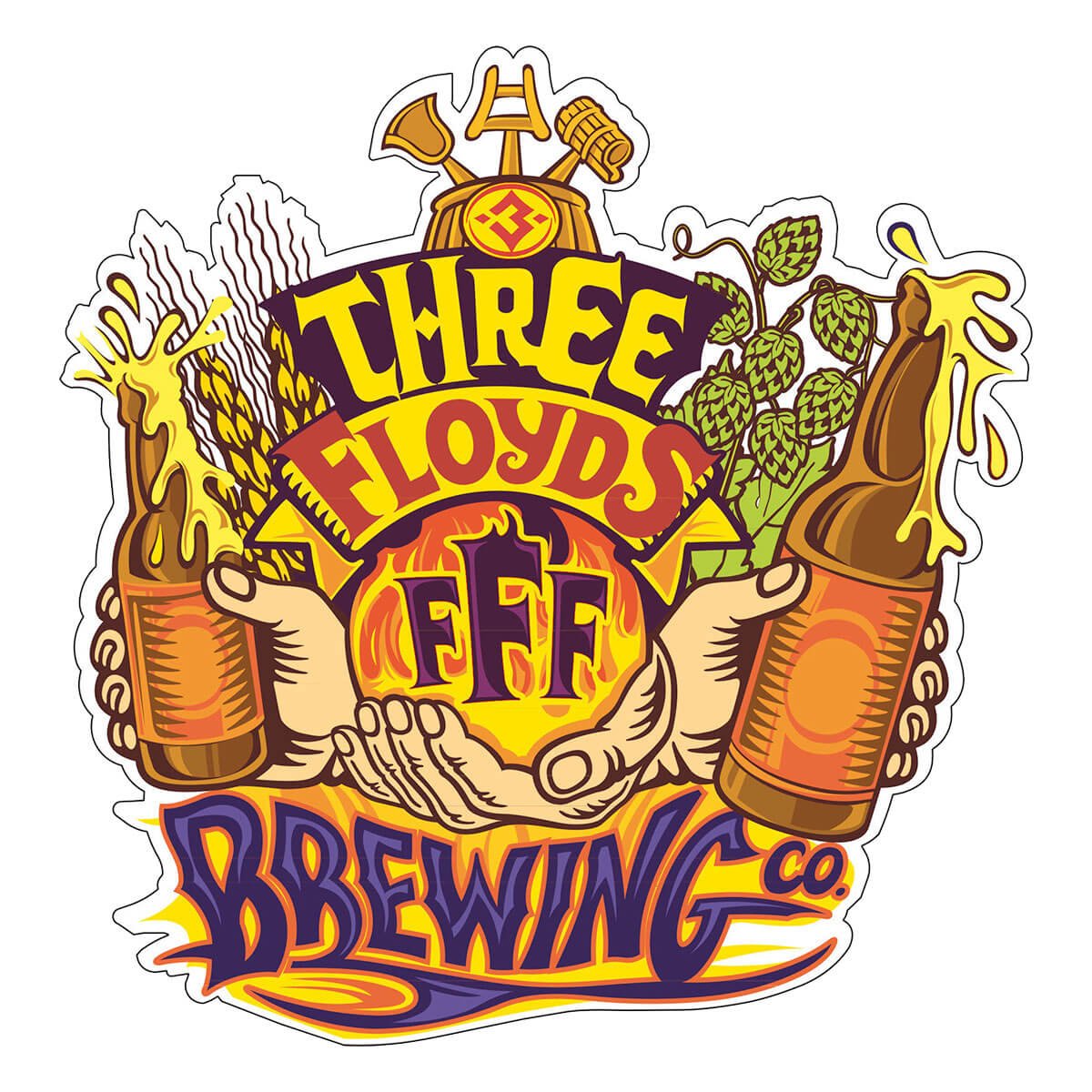 Three Floyds Brewing Co. is a craft brewery founded in 1996 by brothers Nick and Simon and their father Mike Floyd in Hammond, Indiana. Since 2000, the brewery has been located in Munster, Indiana. In 2005, Three Floyds opened a brewpub adjacent to the brewery in Munster.

In 2011, an article in The Washington Post said that Three Floyds “has won over the beer geek elite,” and “has been making the best beers on the planet for four of the past five years — at least according to the more than 1 million beer reviews logged each year on RateBeer.com. (In 2008, it slipped to second place.)”

In 2014 it was announced that plans for a distillery were in the works across the street from the brewery. The distillery will produce gin, rum, vodka and other spirits for sale and tasting. The opening is set for an undetermined date in 2019.

In 2018 plans were unveiled for the expansion of Three Floyds 57,000 sq. ft. facility to a larger, campus-like setting with a bigger brewpub, retail area, office space and parking, as well as a larger brewing facility. Construction is set to begin after Dark Lord Day 2019 with no set timetable for completion.

The same year, Three Floyds cracked the top 50 list of Brewing companies by sales volume reaching the No. 39 spot in craft brewery sales and No. 49 spot in overall brewery sales.

Inside the brewpub at Three Floyds Brewing Co. in Munster, Indiana

Outside the entrance to the Three Floyds Brewing Co. brewpub in Munster, Indiana

Three Floyds Brewing Co. has closed the doors to its brewpub indefinitely due to safety concerns during the coronavirus pandemic. Read More