Outside the entrance to Stoup Brewing in the Ballard District of Seattle, Washington 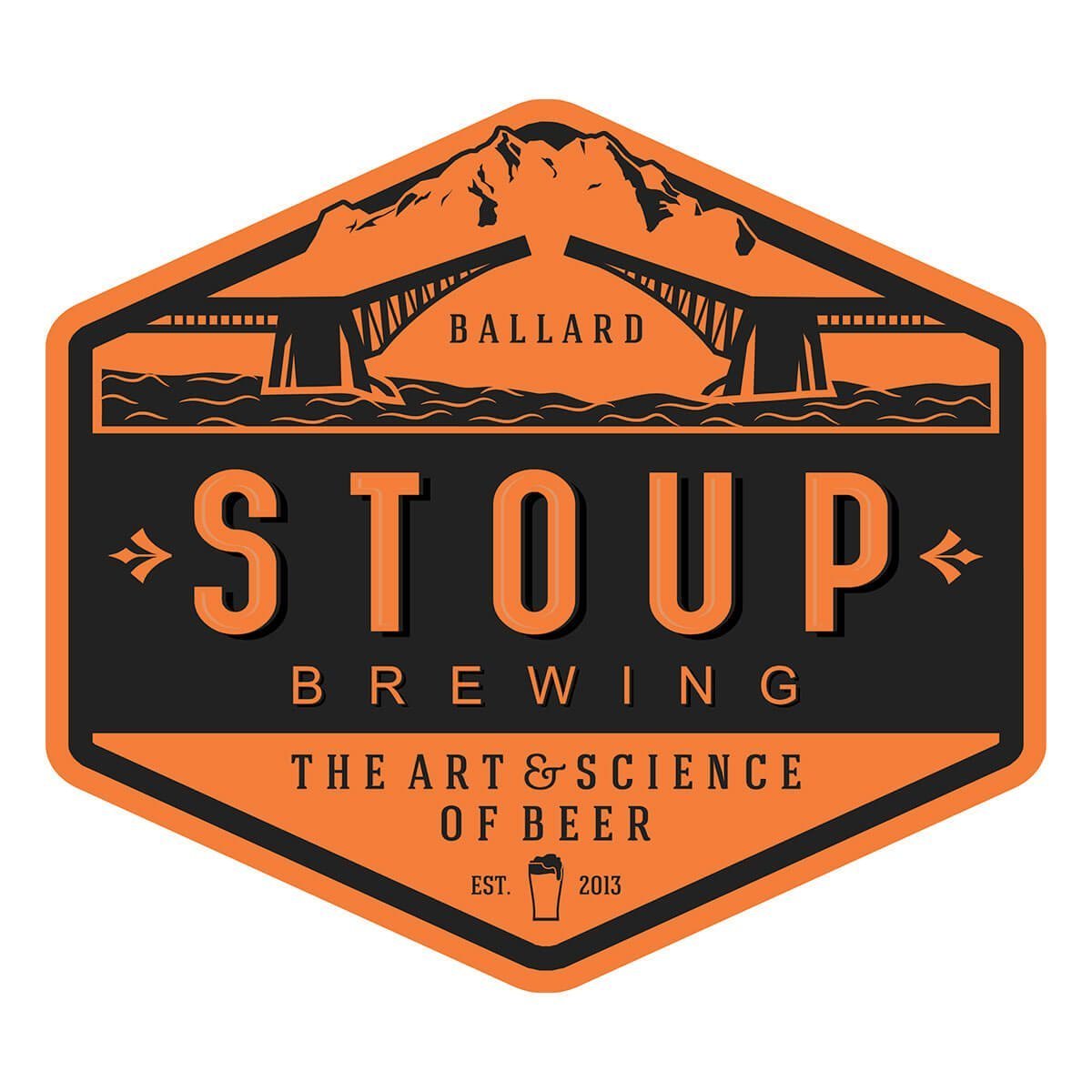 Stoup Brewing is a family friendly craft brewery located in Ballard’s Brewery District. Revered for their dedication and innovation to the art and science of making beer, Stoup has a garnered numerous awards and a devoted following.

We’re scientifically minded when it comes to brewing, so here’s a formula for you: take a beer geek, a scientist, and a foodie. Add them to the growing Ballard Brewery District. Watch the mixture grow stronger as each year passes. That’s the formula we’ve been using; combining our love for craft brewing, food trucks, and Seattle in one exciting location.

Stoup is a Scottish word for a tankard, and we chose our name because we want to be that type of vessel for our community: something that’s full of beer and signals good times are ahead.

Opened in 2013 by husband-and-wife team Brad Benson and Lara Zahaba together with Robyn Schumacher – Stoup Brewing is a lifelong dream realized by three friends who love all things food and drink. More than a family-friendly brewery, the taproom is a place that embraces the fundamental essence of beer: a means of bringing people together, one pint at a time. Each of the trio left behind “safer” careers to realize their dream of opening a brewery: Lara, nearly two decades in marketing and PR for wine importers; Brad, a career as a forensic chemist; Robyn, 13 years as a high school teacher. Collectively, they believe in the community building nature of beer while individually each bring a unique perspective that makes Stoup such a special place.

With up to 21 beers on tap, an inviting year round beer garden, private event space, and a rotating selection of food trucks, Stoup is a welcoming destination for the beer enthusiast of every level. Root beer fans welcome too! Stoup is open every day from 12 PM to 10 PM.

Stoup Brewing is a family-friendly micro-brewery whose craftsmanship is a testament to the art and science of beer. Featuring a diverse line-up of flagship beers and seasonal rotators, a welcoming taproom, vibrant beer garden, private event space, and regular rotation of food trucks — Stoup is a great neighborhood destination for the “every” and “not-so-every” day!

Inside the taproom at Stoup Brewing in the Ballard District of Seattle, Washington

Stoup Brewing in the News