Outside the Narragansett Brewing Company in Pawtucket, Rhode Island 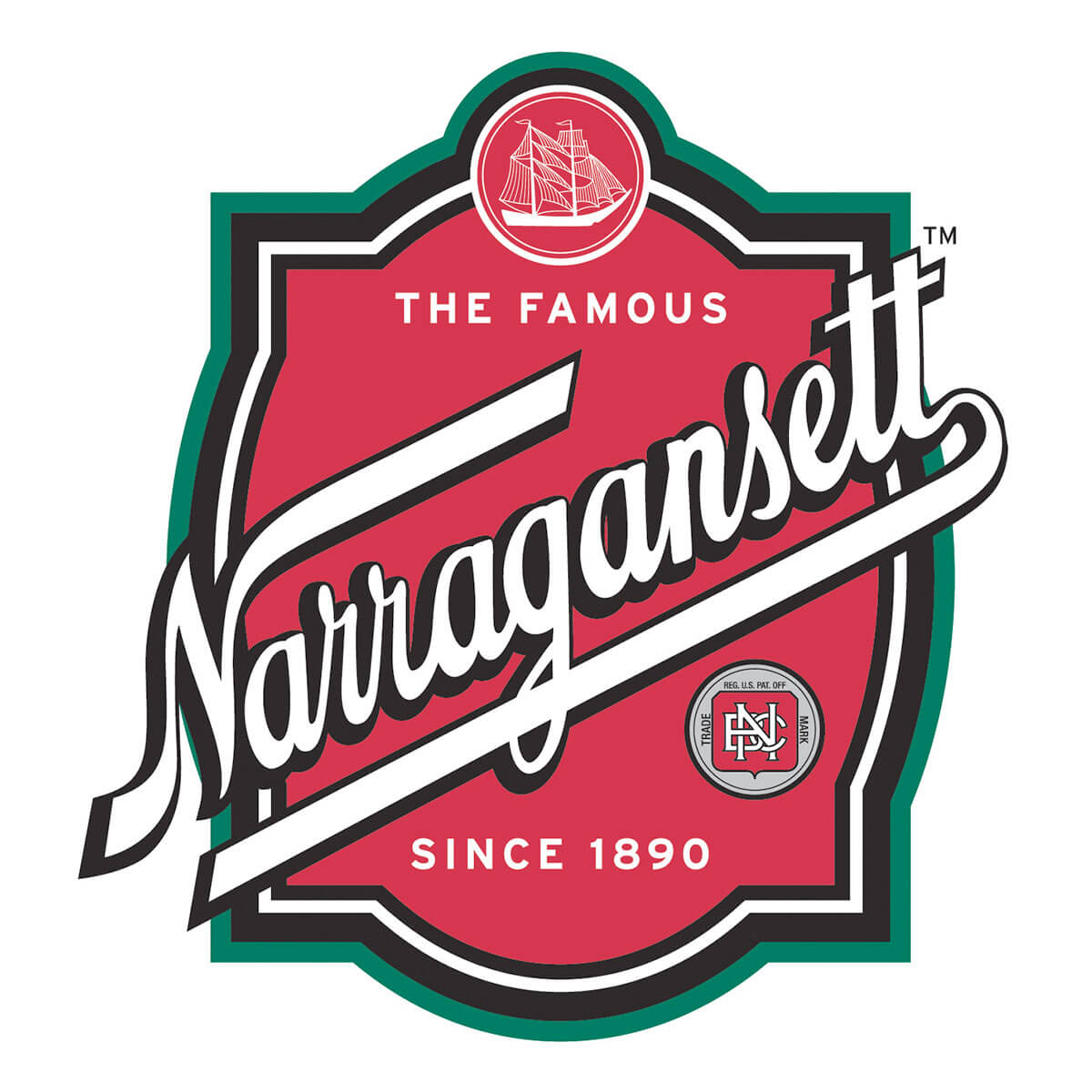 Narragansett was formerly the number one selling brand in New England, but it now occupies a relatively narrow segment of the market. It was originally brewed in the city of Cranston, and was famous for its drinkability and the advertising slogan, “Hi, Neighbor, have a ’Gansett!,” most famously uttered by Boston Red Sox announcer Curt Gowdy.

Narragansett Brewing Company was founded in 1890 with $150,000 in capital. A brick brewing house was built in Cranston, Rhode Island, and in December 1890, the first beer was produced. The following year, the company officially incorporated.

Falstaff Brewing Company purchased Narragansett Brewing Company on July 15, 1965 for $17 million in cash and $2 million in Falstaff common stock. The plan was for the brewery to continue operating as a wholly owned subsidiary of Falstaff, under Haffenreffer management, and that the Narragansett brand would be retained and actively promoted. The purchase was very controversial and the Rhode Island state government of Rhode Island pursued an antitrust case against Falstaff. The Supreme Court found in Falstaff’s favor in United States v. Falstaff Brewing Corp. (1973), but the company never recovered.

The brewery officially closed on July 31, 1981. When production of the beer moved to the Falstaff plant in Fort Wayne, Indiana in 1982, many felt that the quality of the beer was not the same, and the decline in sales accelerated. After sitting abandoned for over a decade, demolition began on the main brewery buildings on October 27, 1998. The brewery’s Trolley Barn located across the street was spared for redevelopment, but eventually succumbed to the wrecking ball in June 2005. The Cranston Municipal Courthouse and the Sanford-Brown Institute were both built on the site of the brewery proper, with the trolley barn lot still remaining vacant. In a large lot south of the former brewery grounds is the Cranston Parkade, originally opened in 2000 as the Brewery Parkade, a retail plaza anchored by a Kmart, a Lowe’s and a Stop & Shop. The original name was a nod to the neighboring brewery.

After changing hands several times, the brand was bought in 2005 by a team of local Rhode Island investors led by former juice executive Mark D. Hellendrung, who announced plans to expand its market share and reinvigorate the Narragansett brand identity. Since the purchase, the brand has been revitalized with the help of former brewer Bill Anderson, and new packaging. Narragansett beer, now contract brewed by Genesee Brewing Company, has been available again throughout Southern New England since spring of 2006. The lager and light beers are brewed at their brewery in Rochester, New York, while the bock and porter are craft-brewed in Providence, Rhode Island and Pawcatuck, Connecticut. The brand also produces a summer ale, available during the summer season and a cream ale, a year-round offering. On April 3, 2016, it was announced that the Narragansett Beer brewery would be relocating to Pawtucket, Rhode Island.[5] Brewing in Pawtucket began early in 2017, with the first batch produced in March 2017, an IPA appropriately named, “It’s About Time.”

A selection of beers from Narragansett Brewing Company

Narragansett Brewing Company in the News