Around the corner from the entrance to Knee Deep Brewing Co. in Auburn, California 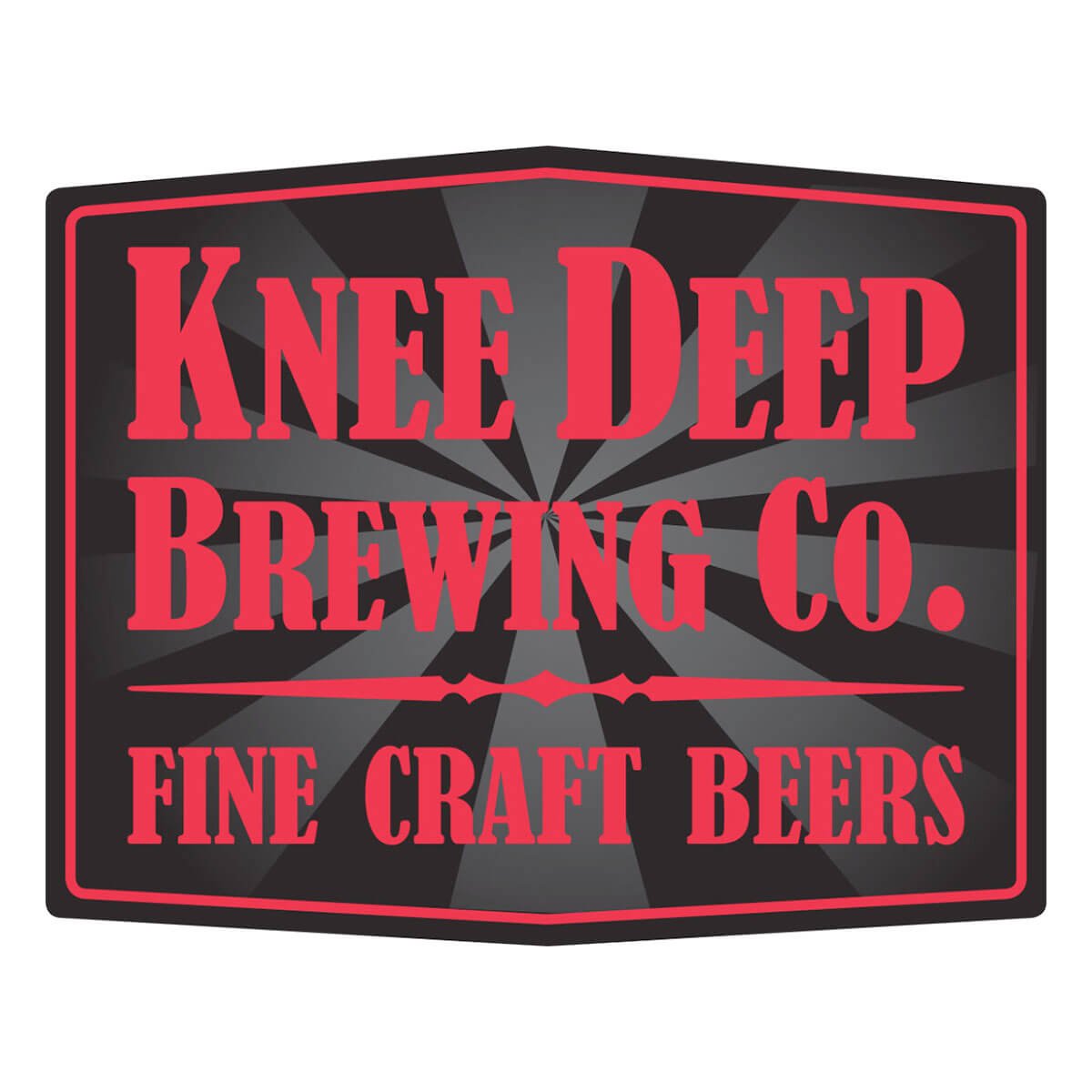 Knee Deep Brewing Co. is a family run independent craft brewery that was born in the Summer of 2010. When Knee Deep first started producing beer we started out “contract brewing” our beers at Mt. Tallac Brewing in beautiful Lake Tahoe. At first we only sold a few styles of beer (kegs only) within the Reno, Nevada market. We soon began to flourish much faster than anticipated, and that’s when all the fun started!

In the first quarter of 2011, the company reached an agreement to lease the former Beermann’s Brewery in Lincoln, California. During the renovation and startup phase Knee Deep’s beers continued to be contract brewed in the Bay Area of California. In May 2011, our first batch of beer was brewed in our Lincoln brewery. Over time we phased out the contract brewing and eventually all our beers were brewed at our Lincoln facility. At that time we had two UC Davis trained brewers and were operating 7 days a week. At first, our beers could be found throughout California, Arizona, Nevada, Ohio, and Idaho. In 2012 we had started our “Loading Dock Friday Growler Sales”, where it was possible to purchase a growler of the freshest possible Knee Deep beer directly from the brewery (rain or shine.) Growler sales were, as described, conducted at the loading dock, and man those are some amazing memories!

Knee Deep Brewing’s beers have received numerous awards, from various events ranging from local and regional to national and international. We have a rapidly growing reputation and known for our unique blends and creative outlook on brewing. We take pride in our reputation and strive to continue brewing outstanding craft beers.

Fast forward to 2019, Knee Deep’s beers are now brewed in our 37,000 square foot facility in Auburn, California. Our 15 barrel brew house has been replaced with a 40 barrel 4 vessel system. We’ve also just added a 10 barrel pilot system, with four 10 barrel fermenters. Our 15 barrel fermenters are no more and we now ferment our beers in 60, 90, and 120 barrel tanks. Our year round offerings now total 16 and we also produce multiple monthly special releases and seasonal beers. “Loading Dock Fridays” are gone as well. Instead of standing in a back alley to purchase a growler of our beer, visitors can now purchase growlers, crowlers, bottles or cans in our beautiful tasting room (which by the way is larger than our previous entire Lincoln brewery.) Our tasting room offers an unobstructed view of brewery operations and guests can enjoy samples of our beer while watching us brew, filter and even package our products. Oh hey, I forgot to mention that our taproom is pet and kid friendly! That’s right, feel free to bring your little ones and furry ones along with you for the fun! Our Brewmaster, Dean Roberts, has been with us for 7 years and is continuing our tradition of brewing only the finest craft beers.

We recently celebrated our 9th anniversary and we are excited to announce that you can find our beers in 30 different states! Australia, Japan, China, South Korea, Thailand, and Singapore are also part of our distribution network and we sent our first shipment to Holland in June 2019. The one thing that will not change at Knee Deep is the quality of our product. We continue to brew great beer and receive recognition and awards both locally and nationally.

We’re also pleased to announce that as of June 10th the Links at Knee Deep is now open for business. Our two “Full Swing” golf simulators are set up to play over 80 golf courses, plus a driving range for those who’d just like to practice. Don’t forget to have a beer while hitting golf balls. Additional games on the simulators include, baseball, football, hockey, soccer and more.

Lastly, our new event center is now open for bookings of parties in excess of 100. So, that brings us current, stay tuned for what 2020 has in store.

Thank you to everyone who supports the Knee Deep brand and enjoys our tasty brews!

Inside the Knee Deep Brewing Co. taproom in Auburn, California

A selection of beers from Knee Deep Brewing Co.