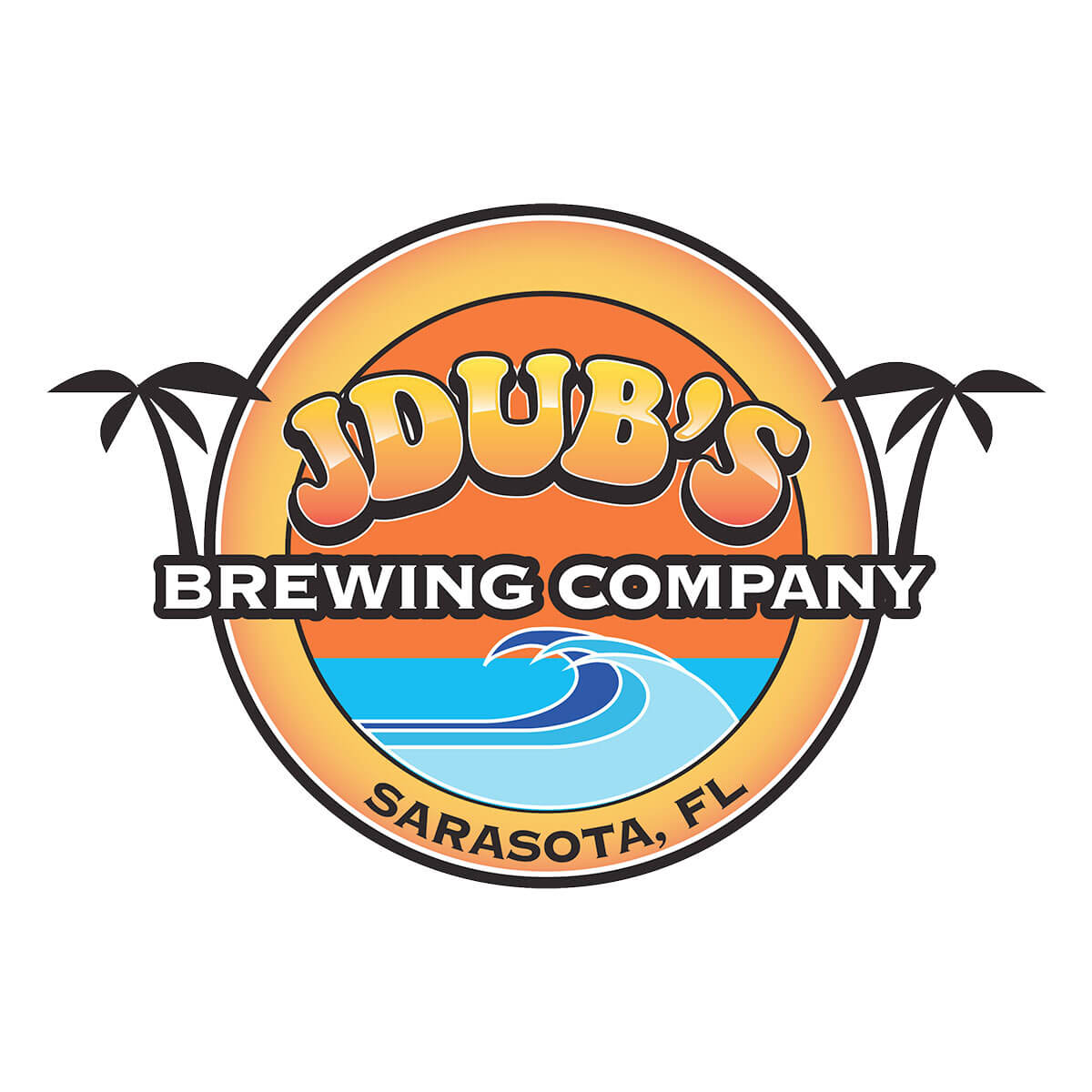 Since opening, JDub’s has become one of the larger breweries in Florida. In 2016, we began expanding our production by brewing not only here on site, but also at the Brew Hub, located in Lakeland, Florida, to allow us the capacity to create even more great new beers.

In 2003, a Soldier stationed at Fort Lewis, Washington, along with one of his buddies and armed with Charlie Papazian’s “The Joy of Home Brewing”, brewed his first (horrible) batch of home brew. Jeremy “JDub” fell in love with brewing immediately. Over the next 10 years, Jeremy traveled the world and entered the civilian ranks of government, where he eventually landed in Washington D.C. All this time Jeremy dreamed of getting out of what he believed was a mundane career and into a lifestyle true to Jeremy’s own values and soul, working in the craft beer industry. In 2011, Raul “Papo”, Jeremy’s father-in-law, suggested Jeremy ought to look into starting a brewery in Sarasota. Jeremy followed his father-in-law’s advice and quickly realized that if he were to ever take that leap, Sarasota was the place to do it and “now” was the time.

Meanwhile, in a distant land, Tom Harris “Tommy” was brewing at a large brewery in Vermont. Although he was a “lead brewer”, Tom yearned to have creative freedom over the recipes he brewed. He wanted to put his food science degree to use in an environment that would value individuality and self-expression through beer recipes. Tommy saw a job announcement on an industry forum and decided he’d send his resume to see if JDub’s might be a fit…

In October, 2013, Tommy arrived in Sarasota and instantly started brewing at JDub’s. A collaborative approach to brewing between Jeremy and Tom resulted in our first exotic beer, our “Honey Habenero Alt”. Brewing on a very small pilot system as we waited on the brewery build out to begin and our production equipment to arrive, we frantically brewed small batches as we attempted to create a “buzz” with our wild recipes and various versions of IPAs in search of the final version, to be called “Up Top! IPA”, our first flagship. Once the “big equipment” (relatively speaking of course) arrived, our approach did not and has not changed- making distinctive, high quality brews that showcase our philosophy and artistic/ brewing ability.

Now in 2016, JDub’s is a rapidly growing Florida craft brewery, growing daily in the areas of sales, distribution, number of employees and scope. After nearly “maxing” our production at our facility in Sarasota in 2015, we have begun brewing at “The Brew Hub” in Lakeland, Florida, where we make our flagship brands. Our beloved former head brewer, Tommy, is no longer with us (although we still brew Tommy’s “Damn Good Wee Heavy” in his honor). Head Brewer Matt Tucker is now running the brewery side of operations. Despite our bustling growth, we stay committed our our core values of Quality, Innovation and Culture. We hope you enjoy looking around the website and we hope to see you at the brewery soon. Cheers!

Inside the taproom at JDub’s Brewing Company in Sarasota, Florida

Outside in the beer garden at JDub’s Brewing Company in Sarasota, Florida

JDub’s Brewing Company in the News

JDub’s Brewing Company is opening a new taproom at Brew Theory in Orlando, Florida, while also moving production of its core brands to the contract brewer. Read More

JDub’s Brewing Company has filed for Chapter 11 bankruptcy, citing the coronavirus pandemic as the reason behind the difficult decision. Read More