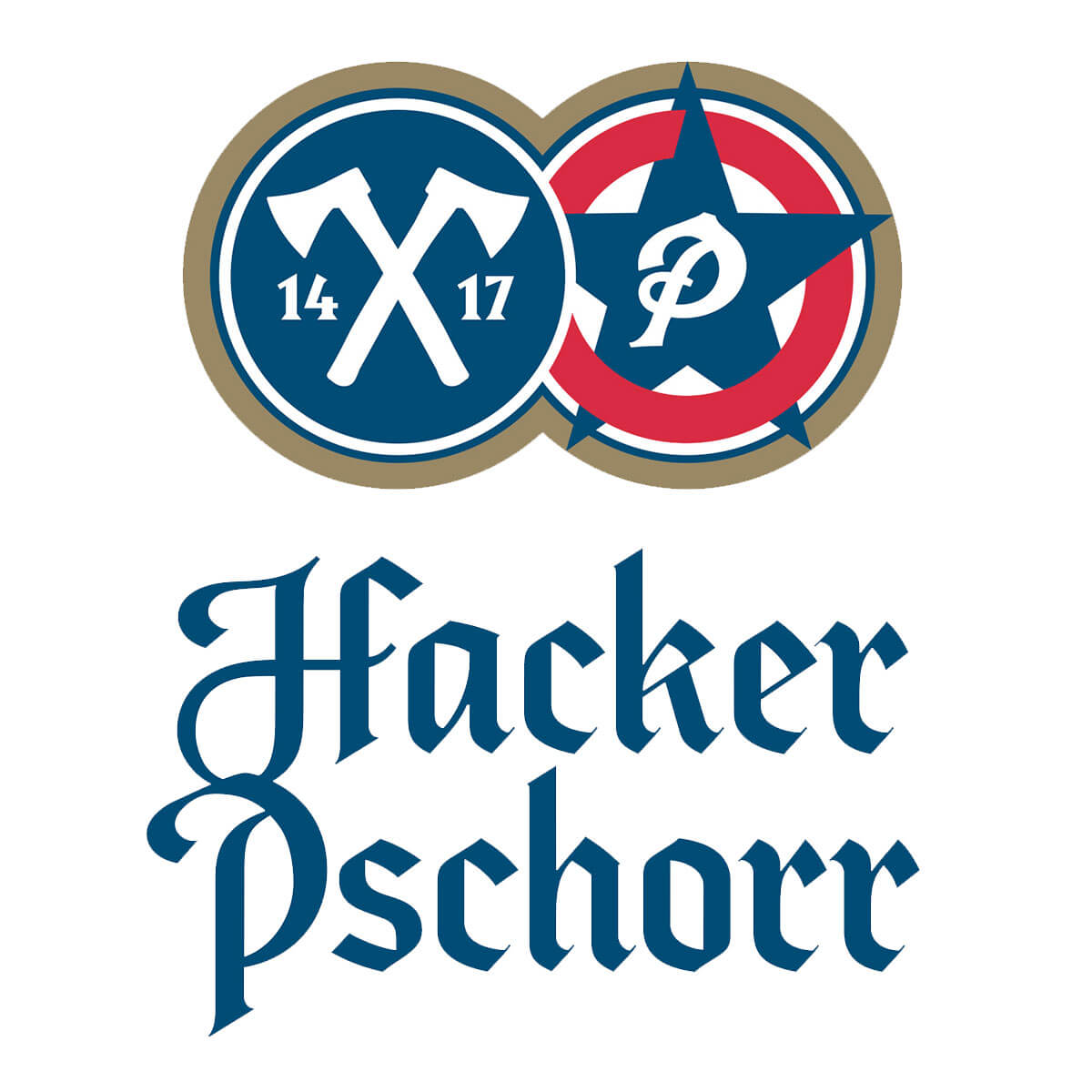 The main focus of Hacker-Pschorr Bräu GmbH is the art of brewing and enjoyable beer. But at the same time it also maintains a strong connection to its regional roots. As a regional brand in southern Bavaria, Hacker-Pschorr is recognized in Munich and the Bavarian uplands as a partner to regional clubs and associations in the areas of both sports and culture. Whether it’s football, ice hockey or volleyball – the brewery supports elite clubs as well as regional associations and athletes.

Hacker-Pschorr is a brewery that’s among the oldest surviving in Munich, formed in 1972 out of the merger of two breweries, Hacker and Pschorr. Hacker was founded in 1417, 99 years before the enactment of the Reinheitsgebot Purity Law of 1516.

Though Hacker-Pschorr uses only the finest ingredients and strictly avoids pasteurization, preservatives, additives, and adjuncts, its most important ingredient is its 600 years of experience using traditional ingredients to craft bier with incredible flavor and consistency.

As one of six breweries located within Munich’s city limits, its beers are among those served at Oktoberfest.

In the late 18th century, Joseph Pschorr (1770-1841) bought the Hacker brewery from his father-in-law Peter-Paul Hacker. He subsequently founded a separate brewery under his own name. His two sons, Georg Pschorr (1798-1867) and Matthias Pschorr Sr., divided his estate by each taking control of one of the two separate breweries. In 1972, Hacker and Pschorr merged to form Hacker-Pschorr, but the beers were sold as separate brands well after 1975.

When Crown Prince Ludwig I of Bavaria was to celebrate his wedding in Munich in 1810, he decided it was an occasion for all of Bavaria to celebrate. He commissioned Josef Pschorr, then the brewmaster of the Hacker-Pschorr brewery, among other Munich brewers, to develop special brews to commemorate the occasion.

Subsequent annual celebrations evolved into the city of Munich’s Oktoberfest, which is attended by over six million people each year, who in 2011 consumed over six million liters of beer. By Munich law, only the six breweries within the city limits of Munich are invited to serve their beer at Oktoberfest. Hacker-Pschorr is one of the six, as is its sister brand, Paulaner. Today’s event is held on land donated by Josef Pschorr.

Prior to 2009, Hacker-Pschorr was imported to the U.S. via Star Brand Imports, based in White Plains, New York and part of Heineken International. In 2009, Paulaner HP USA (formerly Distinguished Brands), of Littleton, Colorado, took over the import business of Hacker-Pschorr and Paulaner in the United States.

Hacker-Pschorr styles available in the US are Weisse, Munich Gold, Oktoberfest, Weisse Dark, Munich Dark, and Mai Bock. For more information about Hacker-Pschorr, including where to purchase, consumers can log onto Hacker-Pschorr.us.

Hacker-Pschorr Bräu GmbH in the News

Hacker-Pschorr, with over 600 years of world brewing experience, has developed a line of packaging with updated bottles and a bold, enhanced logo worldwide. Read More

Hacker-Pschorr, the Munich-based brewery with more than 600 years of world class brewing experience, announced that their Weissbier is now available in cans. Read More