Outside the entrance to Everybody’s Brewing in White Salmon, Washington 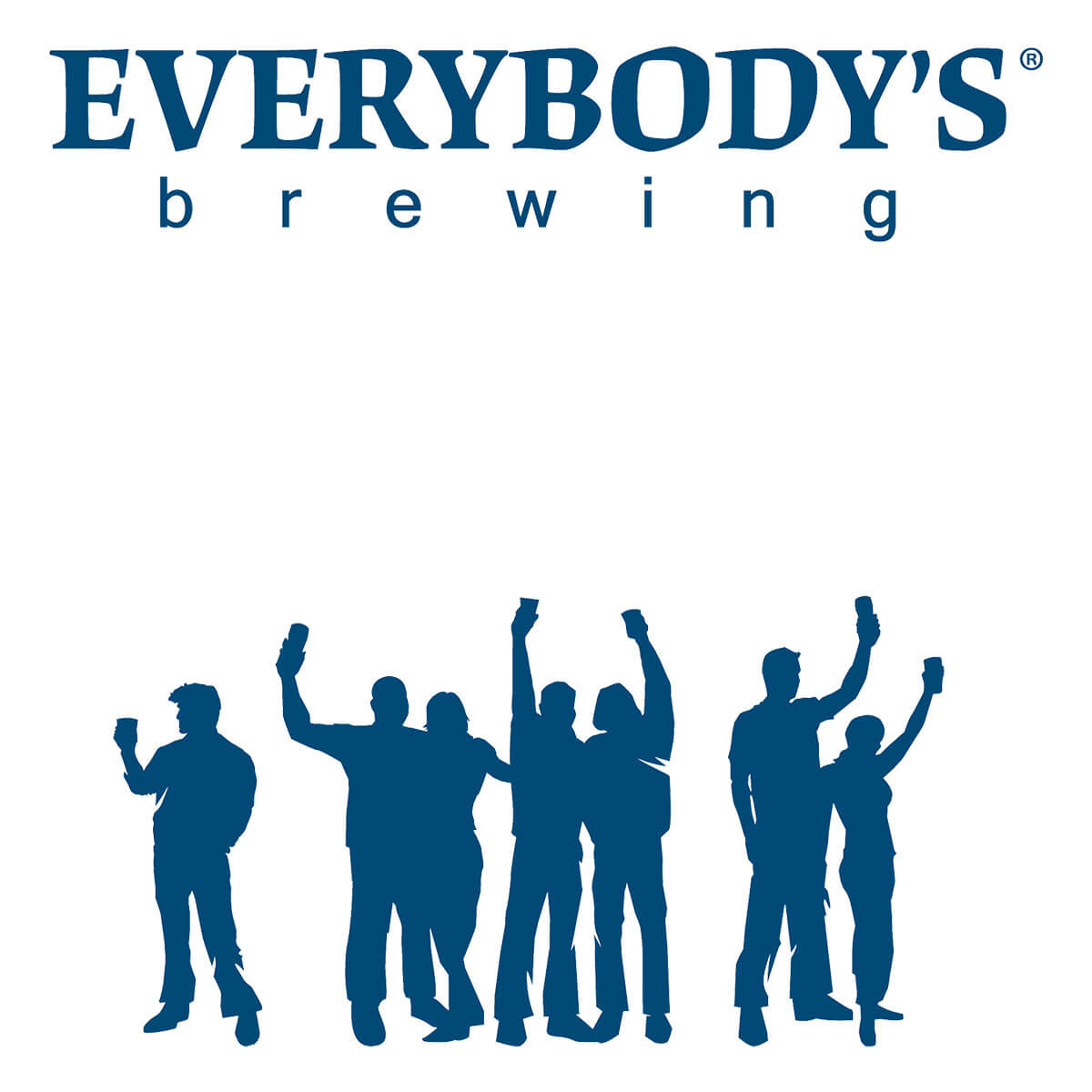 Everybody’s Brewing was opened in 2008 in White Salmon, Washington, by Doug and Christine Ellenberger, who had a combined 20 years of professional brewing and restaurant experience. Their award-winning beers are widely distributed throughout Washington, Oregon, and Northern Idaho. The brew pub offers fantastic, locally-sourced food, with an outdoor deck that provides a stunning view of Mt. Hood and the Columbia River Gorge. This combination makes Everybody’s Brewing a must-visit attraction when traveling to the Northwest.

In 2001, Doug Ellenberger packed up his 1987 Volvo Station Wagon and made the haul from Indiana to Hood River, Oregon, following his love of craft beer and mountainous terrain. He brought with him a few duffel bags belongings and a load of knowledge from his time brewing for Lafayette Brewing Co. He landed himself a job at Full Sail Brewing, honing his craft.

One year later, in 2002, Christine McAleer left her life and career as a social worker in West Virginia to pursue her passion for the outdoors, landing her in the great Columbia River Gorge. One seasonal gig after the other, she found herself at Full Sail Brewing, where she met Doug.

Friends at first, it didn’t take long to turn into something more (especially at the rate Doug likes to share terribly corny jokes). They fell in love, not only with each other, but with a mutual dream of owning a business that would reflect their desire to provide innovative brews, locally-sourced food, and — most importantly — a place for friends, family, and strangers to connect and find a sense of home. Six years and a whole lot of footwork later, Everybody’s Brewing was founded in White Salmon, Washington.

Everybody’s embodies just what the name suggest; a beer and a place for everybody. A lot of folks capitalize on the exclusivity of their product or location, but not us. We believe in the power of the shared human experience and strive to provide that to all, be it with a laugh and fresh pint at our pub, a six-pack split between friends on the river, or a bottle of your favorite brew after a long, hard day.

We are proud to be a part of such an active, engaging, and thoughtful community. We wouldn’t be who we are without the local support we’ve received since our conception in 2008, so our new building was designed with just that in mind. Here, you will find your favorite brew, an ever-evolving, inclusive food menu, and an environment that says “Welcome home.”

Inside the brewpub at Everybody’s Brewing in White Salmon, Washington

Outside on the patio at Everybody’s Brewing in White Salmon, Washington

Everybody’s Brewing in the News