Outside the entrance to Departed Soles Brewing Company in Jersey City, New Jersey 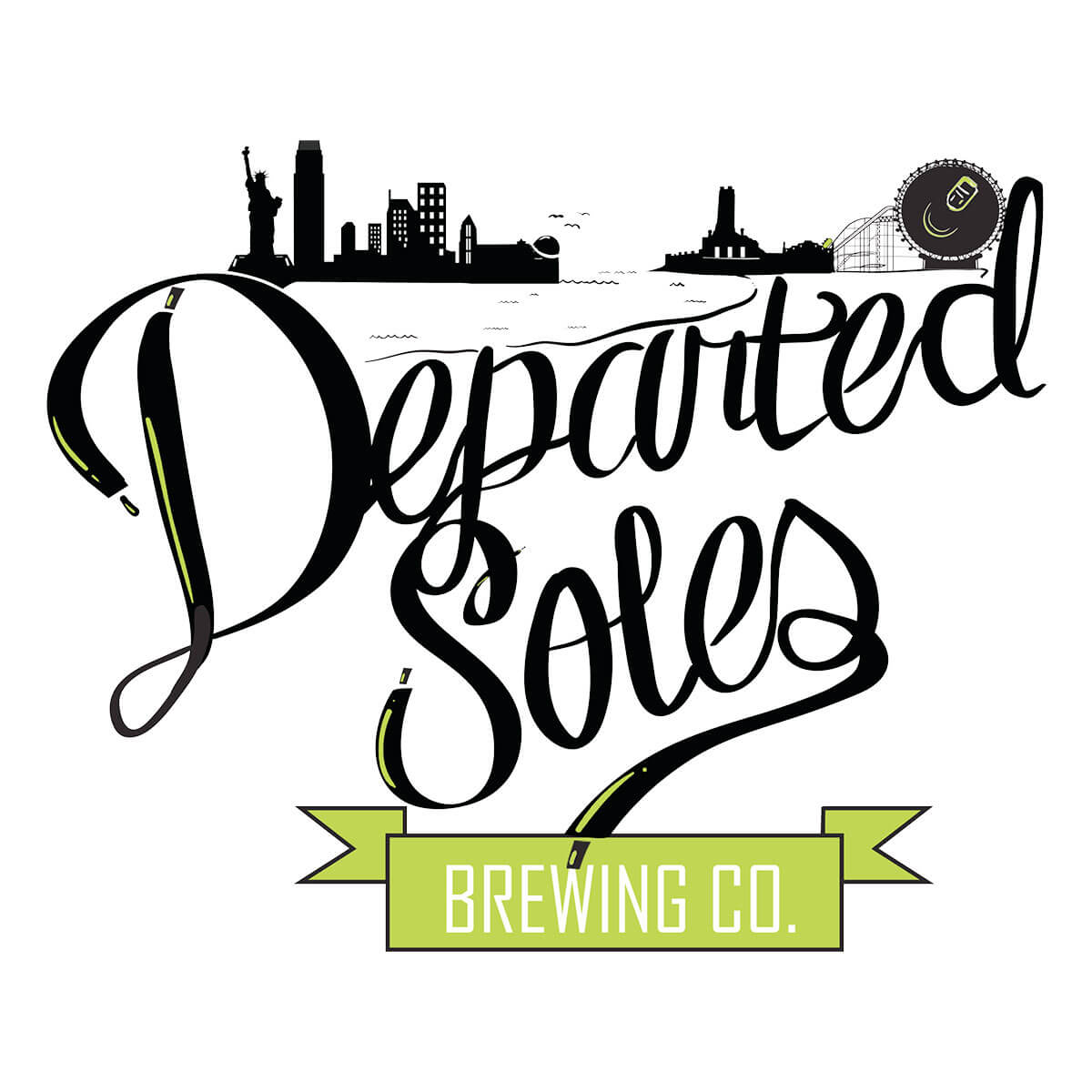 Departed Soles produces a cornucopia of Craft Beer options, but we are proud to be New Jersey’s first and only brewery offering a vast selection brewed with 100% Gluten-Free ingredients, held to the standards of #DefinitelyNotGlutenFree Craft Beers, fermented in dedicated tanks, and canned on a dedicated line. Our brewery also goes through a proprietary cleaning process before handling gluten free beer, and GF ingredients never come in to contact with glutenous ones.

In the early 2000s, we were inspired to research Gluten Free Beer when our friend, Chris Ward, was diagnosed with Celiac Disease. After his passing, it became our mission to create a place that had a tap list as diverse as the city we’re in… where everyone could enjoy a beer, and create memories with friends they’ll never forget.

At Departed Soles Brewing Company, we understand that the brewing industry and tastes are constantly changing, and we embrace that evolution! Since our opening back in 2015, we strive to have a tap list as diverse as Jersey City, with something for everyone, and not leaning towards one style or another. Haze Boiz, Lager Heads, Sour Sallies, and Gluten Free Folk welcome! We are always working to improve ourselves, and our beer, and know you’ll find something you like!

Departed Soles Brewing Company was initially a brewpub concept — a hair brain scheme of two friends — Chris and Brian. At the same time, they were drinking beer in one of their parents’ houses. Brian has a passion for craft beer and bar experience, and Chris had a way with people and a resume full of culinary experience. Both also had a propensity for purchasing ridiculous sneakers after enjoying a few adult beverages…

As time went on, each continued their chosen career: Chris was a teacher, and part-time server at Salt Creek Grille, while Brian was the Business Manager for his family’s funeral home. Chris would antagonize Brian, saying he would never leave the family business and take the risk to chase his dream of brewing beer.

On October 25, 2010, things changed for the two best friends. While Chris was commuting between his jobs, he was involved in a one-car crash that took his life.

Ever since that day, Brian has aimed to make his departed friend proud.

Inside the taproom at Departed Soles Brewing Company in Jersey City, New Jersey

Inside the taproom at Departed Soles Brewing Company in Jersey City, New Jersey

A selection of beers from Departed Soles Brewing Company

Departed Soles Brewing Company is re-releasing four one-off beers that customers have been repeatedly asking for this July. Read More

No one likes cheaters and Jersey City, New Jersey-based Departed Soles Brewing Company calls out the Houston Astros with the release of their “Trash Can Banger” IPA. Read More