Outside the D. G. Yuengling & Son, Inc. brewery and headquarters in Pottsville, Pennsylvania 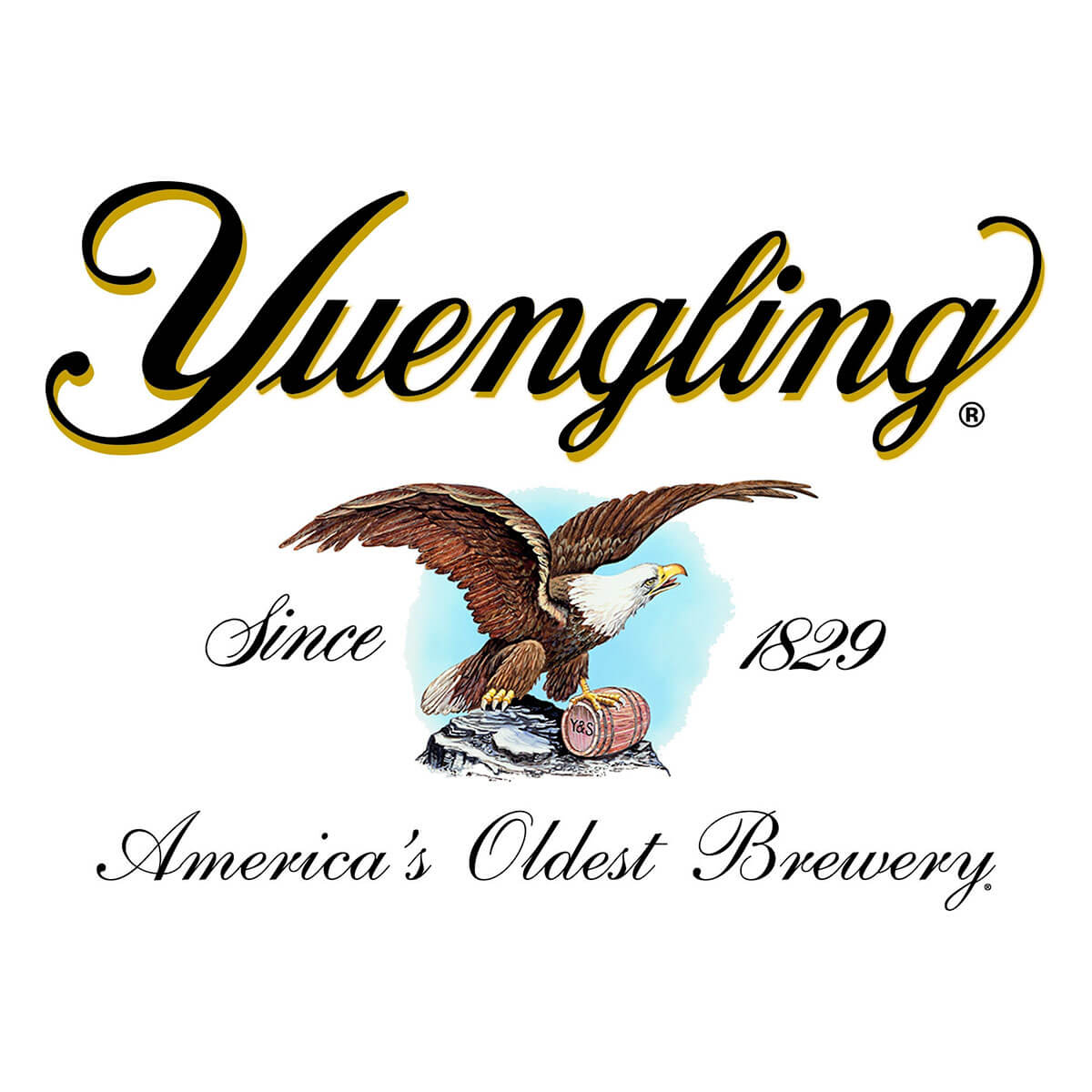 Established in 1829, D. G. Yuengling & Son, Inc. is the oldest operating brewing company in the United States. It is the largest craft brewery by volume in the country and based on volume sold in 2016, Yuengling was one of the top beer companies overall in the U.S. The brewery’s headquarters are in Pottsville, Pennsylvania, and operates two production facilities in the states along with a brewery in Tampa, Florida.

Yuengling is an Anglicized version of Jüngling, its founder’s surname and the German term for “youngling” or “young person” or simply, “youngster”.

The story of Yuengling is the story of the American Spirit. It’s a tale of shared dreams, individual tenacity and an unwavering dedication to standards of quality. Like many American stories it starts amid the dreams of countless young immigrants looking for opportunity and emerges from the strength and will of one family determined to build their legacy in a new country. The story of America’s Oldest Brewery began when David G. Yuengling arrived from Wuerttemberg Germany to settle in the sleepy, coal-mining town of Pottsville, Pennsylvania.

German brewer David Gottlieb Jüngling (1808–1877) immigrated to the United States in 1828 from Aldingen, near Stuttgart, in the Kingdom of Württemberg. He anglicized his surname from Jüngling to Yuengling and began the “Eagle Brewery” on Centre Street in Pottsville in 1829.

His eldest son David Jr. left the Eagle Brewery to establish the James River Steam Brewery along the James River in Richmond, Virginia. The first brewery burned down in an 1831 fire and the company relocated to W. Mahantongo Street at 5th Street, its current location.

The Eagle Brewery changed its name to “D. G. Yuengling and Son” in 1873 after Frederick Yuengling joined his father David in running the company. Although the company’s name changed, the bald eagle remained the company’s emblem. During the late 19th century, breweries were also opened in Saratoga Springs, New York City, and Trail, British Columbia, although they were eventually merged with the Pottsville plant.

During the Prohibition era, Yuengling survived by producing “near beers” (beverages with a 0.5% ABV) called “Yuengling Special”, “Yuengling Por-Tor“, and “Yuengling Juvo”. The company also ran a dairy which produced ice cream and opened dance halls in Philadelphia and New York City. In 1933 when the nation’s breweries and disgruntled beer lovers finally won the fight against Prohibition, Yuengling introduced its symbolic Winner Beer, celebrating Prohibition’s repeal, and the brewery shipped a truck load of its popular brew to the White House to show their appreciation to President Roosevelt.

Yuengling experienced an increase of sales after a renewed interest in history owing to the United States Bicentennial in 1976.[6] Yuengling bought the rights to use the Mount Carbon (Bavarian Premium Beer) name and label when Mount Carbon Brewery went out of business in 1977. Yuengling initially brewed beer at Mount Carbon but eventually abandoned it. The dairy remained in business until 1985.

In the early 1990s, demand throughout Pennsylvania, New Jersey, and Delaware outstripped the existing brewery’s abilities. In 1999, they increased their manufacturing capacity by purchasing a Stroh Brewery Company plant in Tampa, Florida, hiring the former Stroh employees, and began working with a trade union for the first time. In 2000, the company built a third brewery in Pennsylvania, in Port Carbon in Schuylkill County near Pottsville. With production at the Port Carbon, Tampa, and original Pottsville plants, the company has been able to expand throughout the East Coast.

As of 2017, Yuengling is a moderately priced beer popular northward through New York, westward until Illinois and Kentucky, and southward through Georgia, where it has a large following. The Tampa brewery supplies the Florida Gulf Coast, the Florida Keys, Central Florida, North Florida, the Florida Panhandle as well as Alabama and Tennessee. The brewery uses corn from Minnesota and hops from Washington as ingredients in its products. Yuengling beer returned to Massachusetts on March 3, 2014, after having circulated among some bars and restaurants beginning in February.

Yuengling has been committed to supporting local communities and preserving the natural ingredients that make our quality products. Not only do we adhere to the belief that good water makes good beer, as a part of our long term commitment to the communities we operate in, Yuengling makes it a priority to protect the environment for generations to come. As America’s Oldest Brewery, we strive to reduce our carbon footprint, recycling and reusing materials whenever possible as well as conserving water and energy.

Come tour Yuengling, America’s Oldest Brewery, a short drive away in historic Pottsville, Pennsylvania. Experience nearly 200 years of American brewing history. Discover our famous hand-dug caves that were used for beer fermentation before refrigeration and our iconic brew house with its breath-taking stained glass ceiling. Check out how we survived Prohibition at our adjacent creamery business and current gift shop and tasting room.

Inside the visitor center at the D. G. Yuengling & Son, Inc. production facility in Tampa, Florida

Above the D. G. Yuengling & Son, Inc. brewery and headquarters in Pottsville, Pennsylvania