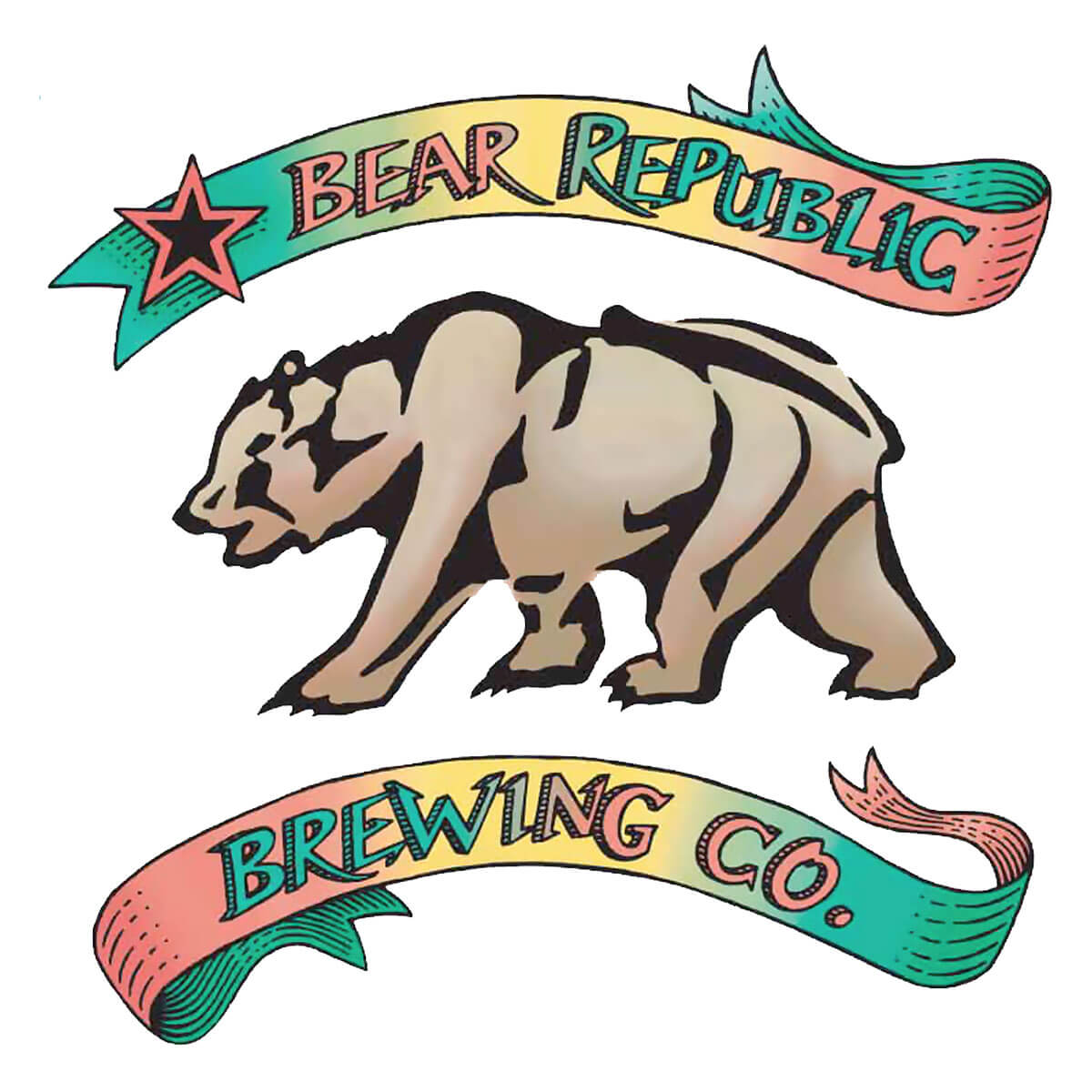 Founded by the Norgrove family nearly a quarter of a century ago, Bear Republic Brewing Company is one of the largest independent craft brewers in the United States. With a constantly growing portfolio of craft ales, Bear Republic maintains a reputation for creating undeniably tasty beverages featuring rich flavor profiles to complement your adventurous lifestyle.

Established in 1995 by third and fourth generation Sonoma County residents, the Norgrove family invites you to come and discover their diverse menu, family friendly atmosphere and more than 14 freshly brewed beers on tap.

In 2006, we opened our Factory Five Brewery in Cloverdale, just 15 miles North of our original brewpub in Healdsburg. In 2017, Bear Republic was recognized by the Brewers Association as the 42nd largest craft brewery in the United States.

Bear Republic beers are brewed and aged following our time tested and proven methods. We hand select only the choicest ingredients for each batch. The specialty grains and hops used by Bear Republic have been chosen for their unique characteristics. The recipes and their final formulations were developed over a period of several years. Those wonderful home brewing sessions and the lessons learned from trial and error have established the solid foundations for each recipe’s commercial equivalents. It’s our goal to continually develop new recipes using our time tested brewing methods. We work hard at fostering a sense of loyalty and tradition from eras gone by.

The team at Bear Republic is driven to bring you fresh, never-filtered, hand-crafted beer.

The daring and bold brews of Bear Republic have earned top honors in the American brewing industry. Racer 5 IPA is one of the most award-winning beers in the USA. In 2006, Bear Republic won the Small Brewing Company and Brewmaster of the Year from the Great American Beer Festival. Brewmaster Rich Norgrove likens this to winning the Daytona 500. To date, Bear Republic has won 25 awards from the Great American Beer Festival. Additionally, we have won various medals from the World Beer Cup, Good Food Awards, The California State Fair, and many more.

Visit bearrepublic.com/bear-tracker to find out how close you are to Bear Republic brews.

A selection of beers from Bear Republic Brewing Co.

Challenge Series #10 A Myrcene IPA is the newest ale from Bear Republic Brewing Co. and clocks in at 6.8% ABV. Read More

Bear Republic Brewing Co. announced that co-founder Richard R. Norgrove will step down as CEO and his son, Richard G., will take over as the chief executive. Read More