Outside the entrance to Bangin’ Banjo Brewing Company in Pompano Beach, Florida 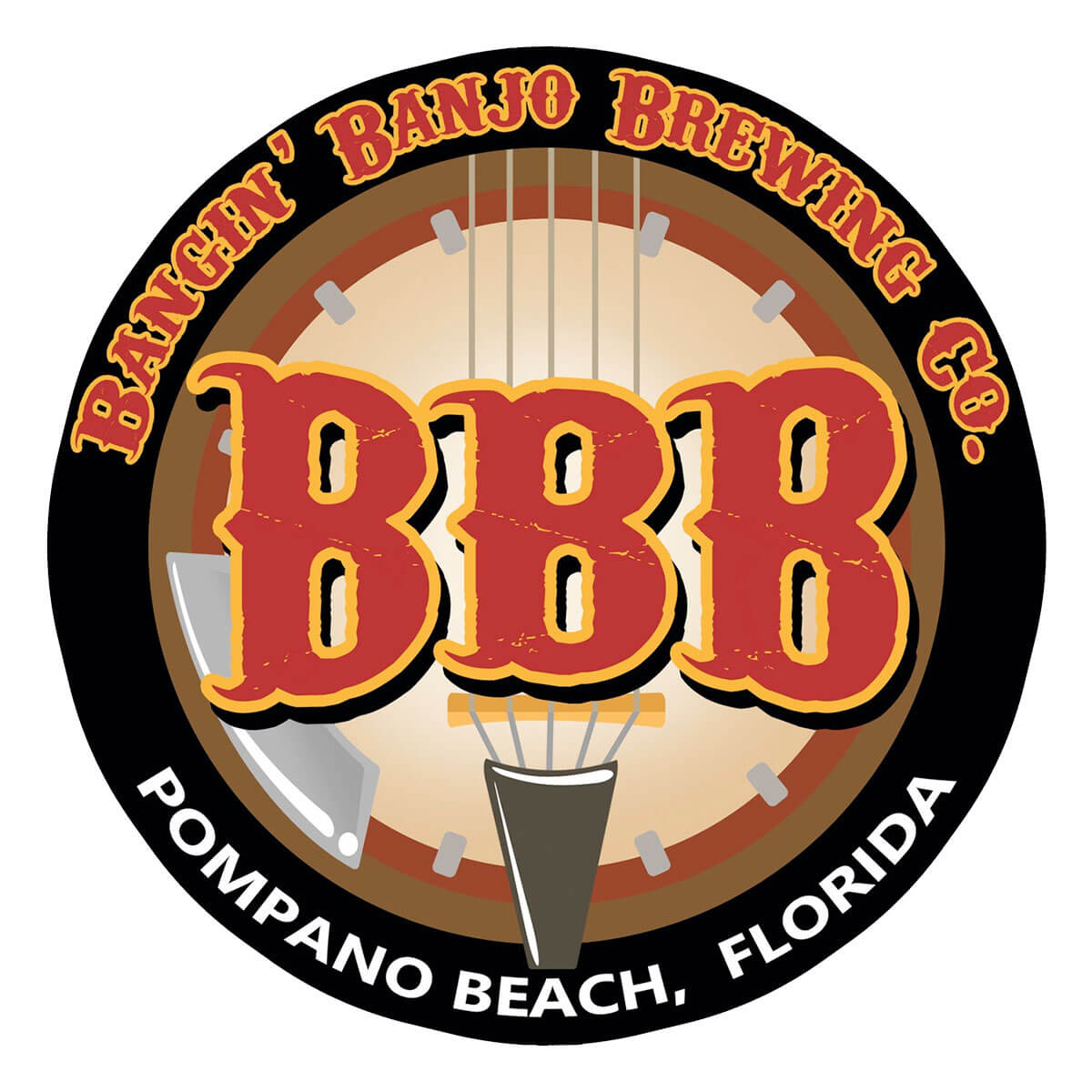 Since 2014, Bangin’ Banjo Brewing Company has been proudly brewing out of Pompano Beach, Florida. Any day beer for everyday people.

The story of Bangin’ Banjo Brewing Company begins with Adam Feingold and Matthew Giani whom have been lifelong friends since elementary school. From growing up together they not only realized that they share similar palates, but also the same entrepreneurial spirit. While Adam had begun to discover the joys of craft beer in 2007, it wouldn’t be until three years later that Matt would be captivated by that same wonderful beverage. Adam and Matt moved to Gainesville, Florida in 2009 to expand their education and horizons. It was here that they first tried their hand in homebrewing, and although the results were mixed at first, they knew they loved it. After just a few batches, the hobby became an obsession.

Brewing became a Sunday ritual. New pieces of equipment quickly filled the living room as the weeks went on. The kitchen was no longer a kitchen, it was the brewery. Although they didn’t know it at the time, it was during these Sunday brew sessions that they would coin the name of their future brewery.

Karl Seltzer, a close friend and mighty fine banjo player, soon joined the two on their newfound journey of creating great beer. As a birthday surprise, when Karl was out of town, Adam and Matt decided to craft him a special birthday brew. The Bangin’ Banjo Black IPA was born. At the time, it was the biggest, hoppiest, most flavorful beer they had ever created. While the recipe has been modified from its original form, it still maintains the same intense hoppiness and complex malt profile of the original. In 2012, Matt moved back down South to begin his engineering career after graduating from the University of Florida. Now brewing on his own in a small kitchen, he pieced himself together a 2.5 gallon homebrew system and hasn’t taken a weekend off since. Adam stayed in Gainesville until January 2014, when he moved back down to South Florida. It was at this time, with Matt as the brewmaster and Adam as the operator, that they formed Bangin’ Banjo Brewing Company and began their search for a home.

Bangin’ Banjo Brewing Company was born on March 24th, 2014. After over six months of searching South Florida, Pompano Beach would be the City we call home. Our endeavor to craft Any Day Beer For Every Day People begins here, on our 3 BBL electric brewhouse. Five years later, the team has grown. Matt is still the headbrewer, Adam as the operations overload, while adding Jeremy Feingold as the artwork archmage and Kayleigh Carpenter as the tap room headmistress.

We’re located in the Whispering Lakes Corporate Park, on the southwest corner of Powerline Road and Sample Boulevard.

From 95: Exit at Sample road and make a left. Make another left on Powerline Rd.
Look for the BBB logo sign and make a right. Follow the road down into the corporate park, and as it starts to wind to the right, make a left. We’re located next to Heritage.

From Sample: Make a right on Powerline Rd. Look for the BBB logo sign and make a right. Follow the road down into the corporate park, and as it starts to wind to the right, make a left. We’re located next to Heritage.

Inside the taproom at Bangin’ Banjo Brewing Company in Pompano Beach, Florida

A selection of beers from Bangin’ Banjo Brewing Company