Outside the Augustiner-Bräu Wagner KG brewery in Munich, Germany 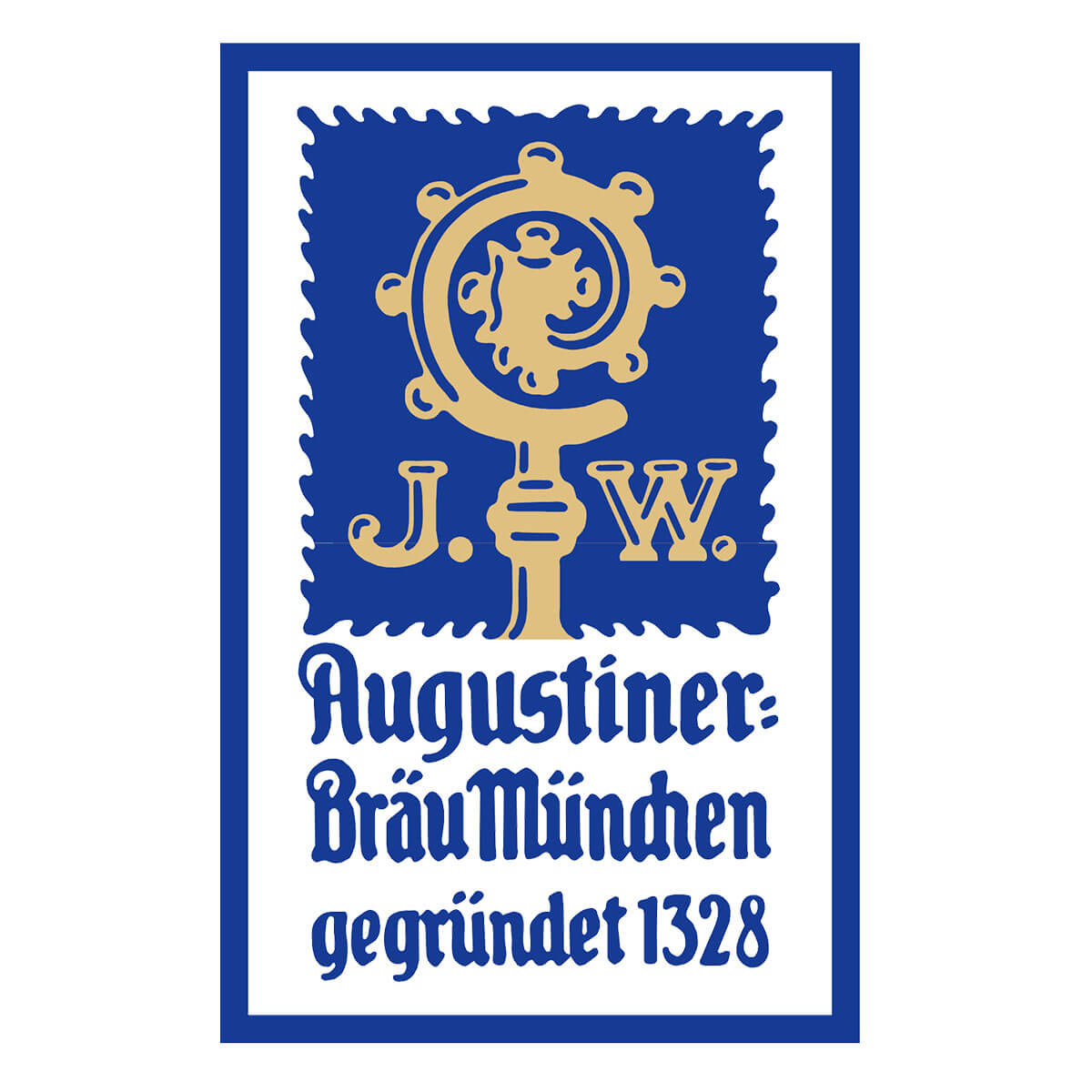 Augustiner-Bräu is a brewery located in Munich, Germany. Established in 1328, it is Munich’s oldest independent brewery. The company is owned by the Edith Haberland Wagner Trust 51% and the Inselkammer-Family 49%.

The 670-year-old brewery and tavern that was founded on the site of a monastery that was known for its Oktoberfest beers.

The Augustiner Brewery was first mentioned by name in 1328, established within an Augustianian Monastery which had been settled just outside the Munich city walls in an area called Haberfeld (or Haferfeld – “oat field”) in 1294. The Monastery complex was the largest sacred building in Munich until the completion of the Frauenkirche cathedral in 1494. The Augustinian monks supplied beer to the Bavarian Royal Wittelsbach family until 1589, at which time the Hofbräu brewery was founded.

In 1759, the Augustinian Monks of Munich were among the first members of the Bavarian Academy of Sciences and Humanities. Meanwhile, during this era, Augustiner’s annual output reached 250,000 liters, three times the amount of an average brewery of the time.

In 1803, as part of a secularization movement, the monastery was dissolved, and the brewery was run by the state before passing into private ownership. Then in 1817, as the original building had fallen in great disrepair, the brewery was moved to Neuhauser Straße.

Anton and Therese Wagner, a brewing family from the vicinity of neighboring Freising acquired the enterprise and the brewery has continued to be privately owned since. Around 1840, Anton Wagner acquired a storage facility on Rosenheimer Straße in order to expand the brewery and after Anton’s death in 1845, his wife Therese ran the business.

Augustiner entered the industrial age in 1852 with the adoption of a steam engine to aid in production. Then in 1857, a further storage facility was acquired on Landsberger Straße, and eventually all production was moved to the new site, while a brewery-sponsored restaurant continued operation at the Neuhauser Straße location.

Joseph Wagner (“JW” as marked on the current label), took on the management role following his mother’s death. The brewery further expanded in 1862 with the addition of another storage cellar at Arnulfstraße 52, the current site of the famous Augustiner Keller and Beer Garden.

In 1880, Joseph Wagner was recognized as a founding member of the Bavarian Beer alliance, and later in 1887, Augustiner’s iconic “JW” trademark with the bishop’s staff was registered.

As a result of the aerial bombing of Munich during World War II, Augustiner Brewery was 60% destroyed. In 1971, the brew house was completely renovated, adopting the use of stainless steel tanks.

In 2013, Augustiner opened the Klosterwirt, returning to their origins on the site of the original Augustinian Monstery, just next to the Munich Frauenkirche.

Augustiner beer is normally found within the Greater Munich area, but in the last few years it has become popular outside Munich, for example in Berlin, where it is one of the most successful beers in Mitte, even though the company does not advertise. When most German breweries updated their bottles to a slim and more modern design to give their beer a more classy and less old fashioned appearance, Augustiner stuck with its original “classic” form, often nicknamed the “Bauarbeiterhalbe” (construction worker’s half liter). The labels have also not changed in over 20 years. The success of the brand has been attributed to the traditional “retro” image it enjoys as one of the last major breweries in Munich that is not owned by an international beer conglomerate; Augustiner-Bräu is 51%-owned by a charitable foundation.

Augustiner-Bräu operates a beer tent at the Oktoberfest, as well as owning one of Munich’s largest beer gardens, the Augustiner-Keller at Arnulfstraße 52, and several traditional bars throughout the city.

It is imported into United States by Global Village Imports of King of Prussia, Pennsylvania. Since distribution is very limited, only Augustiner Edelstoff and Maximator are available.

A selection of beers from Augustiner-Bräu Wagner KG