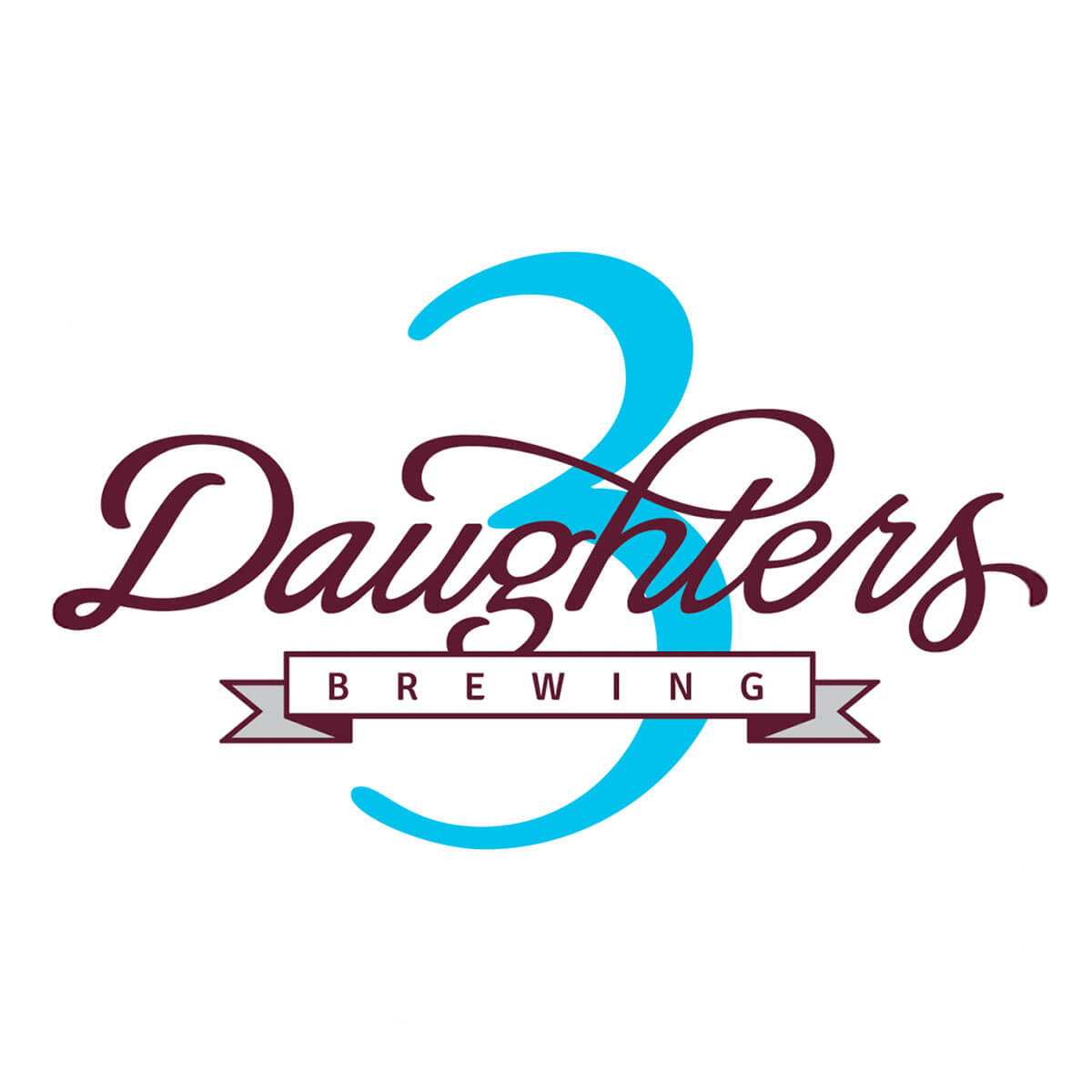 Opened in 2013, 3 Daughters Brewing in St. Petersburg, Florida is one of the largest independently owned breweries based in Florida. 3 Daughters Brewing offers over 30 beverages on tap including craft beers, hard ciders and seltzers. The brewery is family and pet friendly, but also has a 21 and over area.

Our story starts with Mike and Head Brewer (then Head Chef) Ty Weaver in a local restaurant in St. Petersburg, Florida. They were working on a recipe for a craft beer battered fish and decided to make it with their own hand crafted brews.

The guys kept brewing and brewing and one day, Mike and Ty decided to invest in a brewhouse to increase their brewing capacity for the restaurant. Once they picked out a 30-barrel system, it was time to move on from the restaurant industry and begin a journey in the craft beer industry. As the brewery was being built, that thought kept running through our minds… “how many beers do we have to sell to put 3 Daughters through college?” And so the brewery was named.

There are a couple of cool things in the brewery that reflect our history and tell our story. When you visit the tasting room, check out a brick that was built into one of the corners of the bar that pays homage to Mike’s great-grandfather, who also owned a craft brewery in Lexington, Kentucky, over 100 years ago. And directly opposite that brick, you can see the hand prints of the 3 daughters who inspired the name of the brewery.

At 3 Daughters Brewing, our goal is to create great tasting craft beers. We hope you’ll come by the tasting room in St. Petersburg to try one of our over 60 craft beer recipes on tap. Not near St Pete? Look for our craft beers in restaurants, bars, and grocery stores in Florida, Georgia and the Bahamas.

Inside the taproom at 3 Daughters Brewing in St. Petersburg, Florida

A selection of beers from 3 Daughters Brewing

3 Daughters Brewing in the News

3 Daughters Brewing announced they will be giving 50 free cases of beer away to Florida Heroes on the front lines of the battle against COVID-19. Read More